Wardell: MultiGPU DX12 Is Quite Challenging To Implement Presently, But Stardock Is Close

Brad Wardell, CEO of Stardock (developer of series like Galactic Civilizations & Elemental, publisher of games like Sins of Solar Empire), has been one of the most vocal supporters of DirectX 12 since the very beginning. 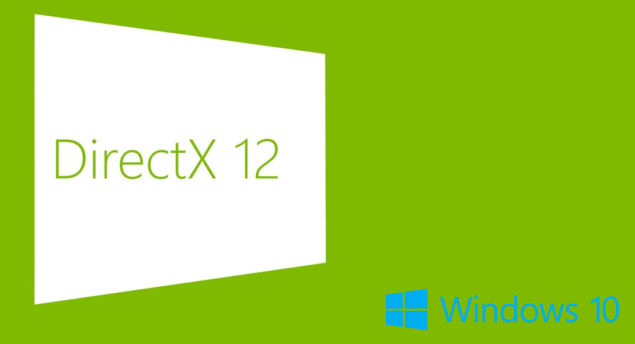 It's not surprising, since Stardock has been one of the first game studios to jump at the chance to develop a DirectX 12 game and they eventually released the first DX12 benchmark with the Alpha of Ashes of the Singularity.

Now, it seems like the company will also be the first one to implement multi-GPU via DirectX 12 in a game, though according to Wardell this is quite challenging to do presently because the API is brand new and no one did this yet. However, he also promised that Stardock is documenting how to do it.

We're getting close to having multi-GPU @DirectX12 done. It's actually quite challenging to implement presently.

@ShamisOMally @DirectX12 Mainly it's the API is brand brand new and no one has done this stuff yet.

@postcards_ @DirectX12 It will be until it's more documented and updated to be more streamlined.

@I_Am_A_Number @DirectX12 They'll come. We'll be documenting how to do it.

Are you one of the millions of PC users with a laptop or a desktop system with an integrated GPU as well as a discrete GPU? Before Windows 10 and DirectX 12, all the performance potential from the second GPU goes unused. With DirectX 12 and Windows 10, application developers can use every GPU on the system simultaneously!

Are you an elite power gamer with multiple graphics cards? Well, by giving the applications direct control over all of the hardware on the system, applications can optimize more effectively for the ultra-high end, squeezing even more performance out of the most powerful systems available today and in the future.

We’re calling this DX12 feature “Multiadapter”, and applications can use it to unlock all that silicon that would otherwise be sitting dormant doing nothing.

We recognized that most mixed GPU systems in the world were not making the most out of the hardware they had.  So in our quest to maximize performance, we set out to enable separable and contiguous workloads to be executed in parallel on separate GPUs.  One such example of separable workloads is postprocessing.

Virtually every game out there makes use of postprocessing to make your favorite games visually impressive; but that postprocessing work doesn’t come free.  By offloading some of the postprocessing work to a second GPU, the first GPU is freed up to start on the next frame before it would have otherwise been able to improving your overall framerate.

This must certainly be exciting times for owners of SLI/CrossFire configurations. Between the multiadapter technology, the upcoming possibility to create working heterogeneous NVIDIA/AMD configurations and the fact that video memory from two or more cards will finally be combined, it sounds like there will be many benefits to having multiple GPUs.

We'll keep a close eye on Ashes of the Singularity and its DX12 related features, especially since we're still waiting to see NVIDIA's solution to implement Async Compute in the game. However, in case you missed it a new DX12 benchmark for Fable Legends has recently appeared, with completely different results from the first one.

On a somewhat related note, you can read our exclusive interview with Brad Wardell about Galactic Civilizations III here.