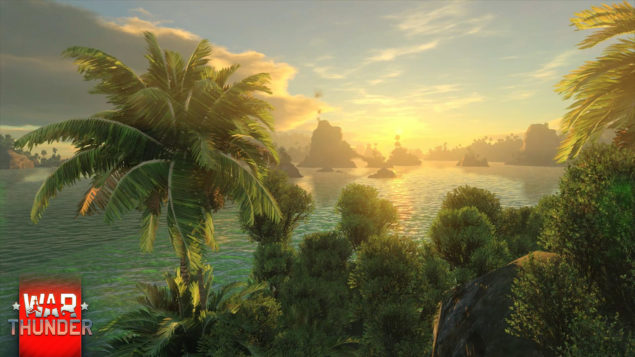 War Thunder has been one of the most successful online games for a few years now, but that doesn't mean developer Gaijin Games is resting on its laurels.

A couple of days ago, they've introduced a new technology for sky and cloud rendering that will be added to War Thunder. According to Gaijin, this is "probably" the best rendition of sky in games yet and it won't even tax your performance any further.

Today we would like to show you what is probably the best rendition of the sky that has ever been recreated in video games and that will be implemented soon in War Thunder.

The first thing we’d like to emphasize - with the same sky quality settings it will not affect the game’s performance on your gaming machine.

This is a custom developed technology, since the studio wasn't satisfied with any existing solution. You can appreciate it in the video and images below, followed by a description of the tech.

Nevertheless we have spent a lot of time developing our own approach and we managed to recreate photorealistic imagery that has 5x better performance than any of its counterparts. Besides that, we render the clouds up to a distance of 300 virtual kilometres - all the way to the horizon (with curvature of the earth) in case a player is flying at an altitude of 7,000 metres.

As well as this, the new system will make it possible to enable dynamic changes in the time of day for light conditions in certain game modes.

Also sky in the Dagor Engine 4 is astronomically correct which means that both the sun and the stars are correctly positioned in the sky according to latitude, time and the date (including polar nights and days) even the moon and constellations are positioned according to year, month, date and hour.

The new skies feature will be implemented in one of the nearest updates.

The last part about the sky being astronomically correct will be relevant for the other big update revealed today by Gaijin: historical naval combat. 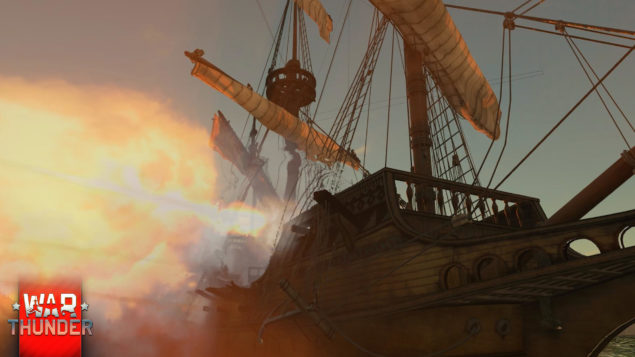 This will make use of NVIDIA's WaveWorks technology, already introduced alongside destruction and PBR about six months ago.

Currently the sailing fleet is available in the “events” tab in Arcade mode. After testing this type of battle we plan to introduce an “open world” that, unlike the existing one will be run directly by players and will be mostly PvE oriented. The players will have to cooperate against pirates that will appear randomly on the map, protecting their merchant vessels and caravans; attack the ships that carry gold, perform amphibious assaults, attack forts. However joining a fleet is not necessary - a player may keep all rewards to himself once he completes the task alone.

Confrontation of the nations that laid claim to the “Mistress of the seas” title lasted for centuries and recreating this is a new interesting challenge for us. We created the first step in that direction in the previous year when we added seawater simulation based on NVIDIA Waveworks that not only looks natural but also has realistic wave physics. The other important issue for a sailing ship is the “air”, or weather. Our new implementation allows us to recreate a detailed cloud layer up to the horizon, define several types of clouds, create dynamic weather changes and greatly improve available weather conditions: from calm seatoheavy storm.

Add this to the already accurate representation of the night sky and astronomical recreation allows real sailors to truly navigate by the stars and sun. Besides that, our detailed damage model will allow us to recreate all the nuances of the ship armouring that have not yet been implemented in the other games. The damage model will be especially interesting when the sailing ships will meet other vessel types such as fireboats (branders).

War Thunder ‘s latest update will introduce British fighting ships from the beginning of the Eighteenth Century; more ships of the Royal Navy and other nations will be added later.