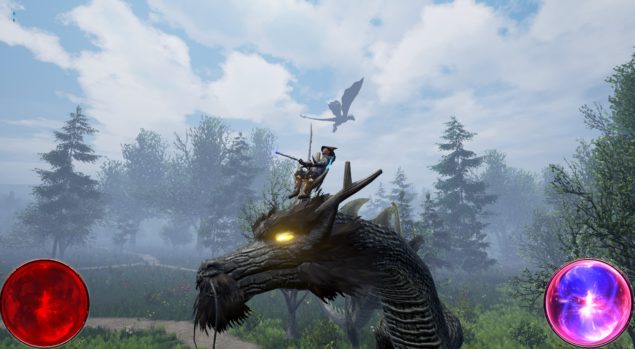 Wizard Online, in development with Unreal Engine 4, is the first MMORPG to integrate VR support. It was probably just a matter of time, but you'll now be able to fulfill your fantasy desires with full immersion.

We've had the chance to talk briefly with the developers and they confirmed that Wizard Online will support PlayStation VR as well, in addition to the Oculus Rift and HTC Vive.

VR mode won't be mandatory, though. The game's normal mode will also be available for PC, PlayStation 4 and Xbox One, with the PC version enjoying improved performance thanks to DX12 support. According to the developers, enabling DirectX 12 on Windows 10 will allow you to gain 10 to 20FPS on average, depending on your configuration.

Motion controls are featured, too. The Leap Motion Controller is already supported, with Oculus Touch, PS Move and Kinect support scheduled to follow in the future. Here's a picture showing how it works. 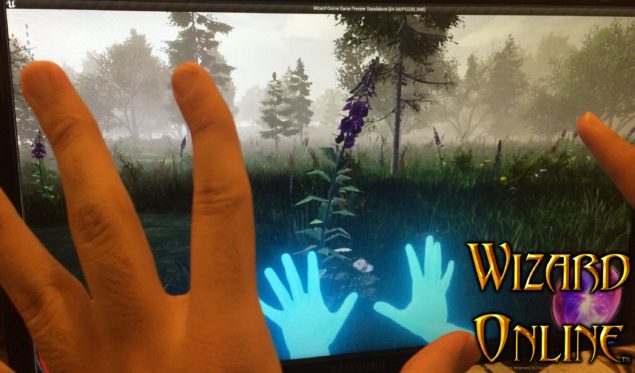 The team also intends to support feet detection, allowing you to run in real life to run in the game. Virtuix Omni and 3DRudder will both be supported.

As for the gameplay, the combat style has been modeled after Gandalf (it is, after all, called Wizard Online). That means you'll be fighting with a staff in one hand and a sword in the other.

You can also fly, either with broomsticks or dragons, which can be captured and evolved through a specific system. Some particularly nasty bosses like Satan or Baphomet might even kill your character permanently, but that's not the end of it. The developers told us that when these bosses attack the game world, all players will have to band together in order to defeat this evil or face complete annihilation, resulting in "server death".

While one or two servers may not have this feature (so that players less inclined to high risk situations might still enjoy the game), all the others will.

It makes it so that every player has an important role, everything that happens in the World concerns them because it might lead to server destruction in the end

So, say demons attacked from far east and captured a village, it concerns every player that demons are growing strong, because it might lead to their character being destroyed in the end

In conclusion, we want the players to care about what happens in the World.

I'm pretty sure there will be conflicting opinions on this to say the least, but it's certainly an interesting concept. We'll keep you updated on Wizard Online as the final release, currently planned for May, draws near.