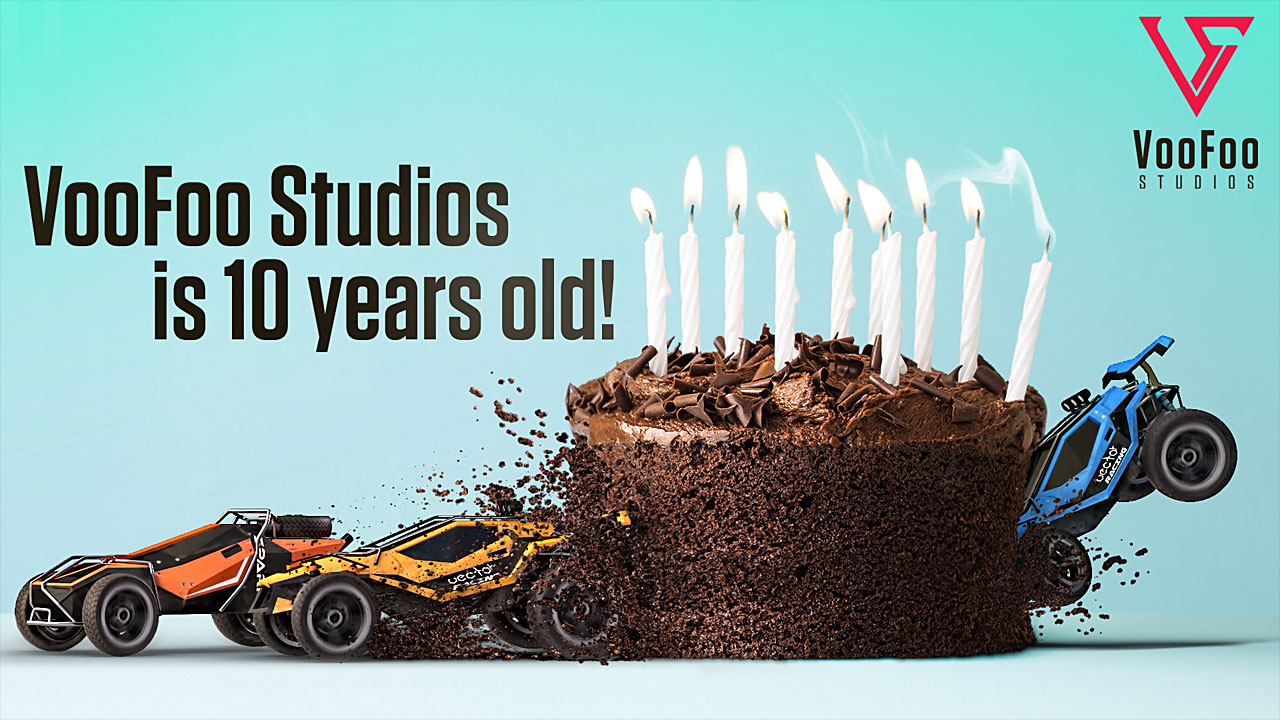 Amidst a sea of indie games and developers, Birmingham-based VooFoo Studios slowly managed to carve out a reputation for themselves.

You may know them for a variety of titles such as Big Sky Infinity, Backgammon Blitz, Hustle Kings and the Pure series (Pure Pool, Pure Chess, Pure Hold'em), though their latest title was Mantis Burn Racing, launched earlier this year.

The team has big plans for the future, and we talked with Marketing and PR Manager Sean Walsh to find out about them. 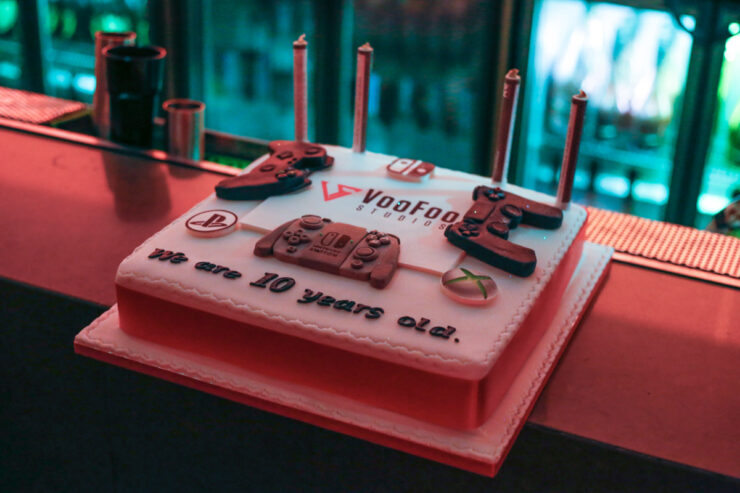 VooFoo Studios recently announced the team's ten year anniversary. How's the atmosphere in the studio right now, and what's the outlook for the future of VooFoo Studios?

Our 10-year milestone has given us a good opportunity to look back on everything we’ve achieved and we’ve rightly taken some time to celebrate our successes, but what’s really exciting us are our plans for the future. We’re entering what is arguably our busiest period as a studio with multiple unannounced projects currently in development, which certainly gives us reason to be optimistic and excited!

How many people do you currently employ? Are there plans to increase the studio's size?

One of the reasons we’ve been able to celebrate 10 years in the games industry, which as we know can be very unpredictable, is because we’ve grown at the right time and at our own pace. As a small studio of 11 people, it’s important for us at VooFoo to be able to adapt to the challenges that new technologies, platforms and business models bring. Sometimes that can mean recruiting new talent, but we’ve probably been quite cautious when it comes to growing the studio. We do find people are often surprised at our output actually and the fact we typically work on multiple projects concurrently. What we will do, however, is grow when it’s sustainable and when it supports a particular strategy. For example, we’re looking to develop the publishing side of the business and as that area grows we’re likely to need to grow our PR and Marketing team.

You've stated that work is underway on a "number of unannounced projects", including a new owned IP. Can we expect games from genres VooFoo has not previously tackled yet?

It’s fair to say we made our name developing games like Hustle Kings, Pure Pool and Pure Hold’em, which we’re really proud of, but there are so many other types of games we’d like to make. We don’t want to get pigeonholed for creating a certain genre of game, not that there’s too much wrong with that, it’s just our capabilities and interests are so diverse we probably wouldn’t be satisfied. What is important to us is to make great games, whatever the genre. We always set out to make best-in-class games, be that from a visual or technical perspective and we’re proud to have developed a reputation for that. Releasing a top-down racer like Mantis Burn Racing last year showed we can do other things and it’s safe to say the projects we’re working on now are certainly like nothing we’ve done before.

In the most recent press release, you mentioned "exciting plans to expand Mantis Burn Racing into new areas". Can you give us a little more info on that front?

At VooFoo, we’re really pleased with the reception the game has received from the community and we’re listening closely to what they have to say. We’ve responded to that feedback and supported the game since launch with new content and updates and we’ll continue to do that. You can expect a brand-new DLC pack in the near future which will add a new level of fun to the game and a completely new way of playing. We’ve also been busy working on a pretty large update that will not only add fixes and improvements but will include new features that will encourage and support the multiplayer side of the game. We’re also working to bring the game to a wider audience and onto new platforms including the Xbox One X, with the possibility of a Linux version of the game at some point also.

Are there any plans to bring Mantis Burn Racing to the Nintendo Switch?

Mantis Burn Racing’s fun, pick-up-and-play arcade style racing would definitely be a perfect fit for the Switch. It’s such a fun and competitive game that would really work on the Switch, especially the local multiplayer. Of course we want to expand the community around the game as much as possible and clearly, Nintendo’s new console presents a great opportunity for us to do that. Watch this space.

With the recent release of Micro Machines World Series, how do you feel about the competition with your title?

It’s great to see Micro Machines make a comeback; we’re all such big fans of the game! Anything that reinvigorates players’ appetite for the genre is fine by VooFoo. There are certainly some good, fun top-down racing games out there and we took a lot of inspiration from some of the classics of the genre, for sure. Mantis Burn Racing is, however, a very modern top-down racer that we believe stands out from the competition. No other top-down racer has such an in-depth career mode or an RPG-style upgrade system and such stunning visuals, which, along with our 4 player local split-screen racing, really help to set us apart.

Did you have the chance to try the Xbox One X devkit yet? What do you think about the console's hardware compared to PS4 Pro and the price set by Microsoft?

Yeah, it's a pretty cool piece of kit. It's substantially more powerful than the PS4 Pro, but the downside is that it comes with a price point to match. Whether that'll put consumers off, we'll have to wait and see, but this really is the most powerful games console on the planet. Microsoft are really throwing a lot more into the devkit itself too, really going that extra step to make development a breeze, which is great to see.

Given that Mantis Burn Racing already runs at native 4K and 60fps on PS4 Pro, what kind of additional enhancements are you planning for the Xbox One X version of the game?

We did have to drop a few minor things on PS4 Pro, such as some of the particle effect detail, and lower precision shading (which actually, is not really noticeable). We can go the other way on Xbox One X, adding extra detail. We already scale both ways for a range of hardware specs on PC, so it's relatively straightforward for us to take that over to console too. As an added extra, we're throwing in some anti-aliasing on Xbox One X at 4K. We had to drop this on PS4 Pro - we were happy to do that because with pixels so small, a bit of aliasing isn't a problem. But when we can do it, it adds a whole extra layer to the crispness and clarity of the image. It's still early days yet, so we are looking at other areas we may be able to ramp up too - we have some interesting options here, but I don't want to promise anything specific just yet.