The upcoming Star Wars game from developer Visceral, won't be an open-world RPG title if game's co-writer is to be believed. 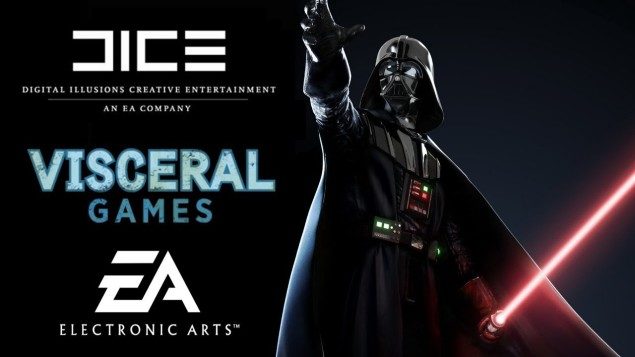 Back in December of last year, we reported that Visceral's upcoming Star Wars title would likely be an open-world RPG title. This assumption was based on a job vacancy that EA and Visceral posted online back then.

There even have been suggestions that the game might focus on Han Solo following some 'teases' on Twitter.

This doesn't seem to be the case if the game's co-writer, Todd Stashwick, is to be believed. In a recent podcast from Geekleagueofamerica, Stashwick was interviewed and was asked whether Visceral's upcoming Star Wars game is "the Han-Solo game". According to Stashwick though, nothing that people have heard about Visceral's Star Wars project, is coming from the development team.

"If you believe the internet, the internet thinks that we're doing an open-world, RPG, Han-Solo game, and none of that is anything that we talked about", Stashwick said.

"We have not released any details about our game", the co-writer added.

The full podcast can be downloaded right here. You can hear the interview with Stashwick between the 8:53 and 23:54 time mark. Around the 17 minute mark, Stashwisk (who is also an acclaimed actor featured in TV series like 12 Monkeys and Gotham) talks about Visceral's Stars Wars game.

Visceral’s secret Star Wars project is overseen by former Ubisoft producer, Jade Raymond, and Uncharted writer Amy Hennig. While Hennig is now the creative director at Visceral, Raymond founded her own studio, Motive Studio, and helps out Hennig with the Star Wars project.

Not much is known about Visceral's secret Star Wars project. It is said the game will feature a story independent from the already established Star Wars storyline. Apart from this, not much details have been released about the game.

Thanks for the tip @AdamWM