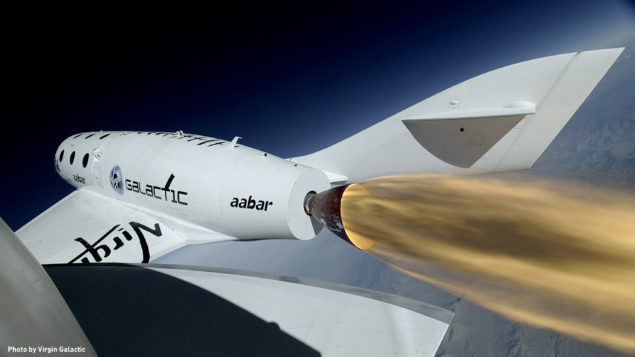 Well when we said technicality, we meant it because space travel is still pretty much out of reach for us mere mortals unless you are willing to dish out $250 000 for 6 minutes of weightlessness. Thats right. The Virgin Galactic project involves you taking a ride in their space ship to space and back again. Everything including the take of and touch down will take 2.5 hours. That's a joyride worth 30 Dollars per Second!

So Basically, Virgin Galactic have just completed their test run and are so confident that they are going to launch by 2014. As of yet 640 People have already signed up for the $250 000 worth joyride. Virgin Galactic aim to get 1000 people before launch.

However some critics have argued that Virgin Galactic's space endeavor is a one trick pony. Sure the first time Millionaires and Billionaires would dish out a quarter million for a trip to space, but the amount of people who do this is very less and out of those , people who would want another 'ride' downright non-existent.

Virgin Galactic has two space ships, aptly named VSS Voyager and VSS Enterprise. Undoubtedly Virgin's Galactic will net revenue of the total investment even in its first run. The main thing about this is purely symbolic. Space is the last frontier that humans can conquer ( as of yet). With the latest successful re entry test and the first privately owned space venture Virgin Galactic could usher in the actual Star Trek era. With governments ever withdrawing from putting any funds into space ventures the future clearly lies in the private sector.