Video: Meet the Apple Mirror (Not Actually Made by Apple) 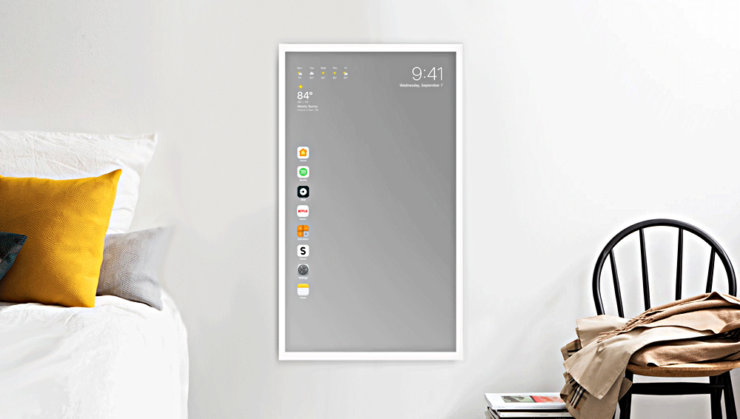 Someone created a fully functioning smart mirror, complete with touch controls, 'based on Apple's iOS 10.'

The Apple Mirror isn't Made by Apple, But We Wish it Was

Apple works on a lot of products in the background and only half of them ever see light of day. The other half lives on as patent filings in order to protect an idea. Nonetheless, people end up speculating from time to time what the next big thing would be from Cupertino. Could it be a car? Could it be a pair of shoes? No one knows. But one person, who goes by the name of Rafael Dymek, took matters into his own hands and made an 'Apple Mirror.' Yes, that's what he is calling it although Apple didn't work on it at all.

Then why is it called the Apple Mirror in the first place? Because the software the mirror runs looks and feels like iOS 10. But do understand at this point that this mirror is not running iOS 10 at all. It's just emulating the look and feel of it. Nonetheless, it looks pretty dope.

Check out the images below followed by a live video demonstration of the mirror itself.

The way how iOS 10's look and feel is emulated on the mirror is a big feat in itself. And the convenience of using it on a big panel is something any tech freak would definitely want to experience. Once you're done using the mirror, the controls just fade away, leaving you with a plain mirror to check yourself out.

From music to Netflix, you name it, the mirror will run it like a boss. Think of it as a giant tablet hanging on the wall that gets some serious work done. Do not think of it as a gimmick that shows the current time, date, weather. There's a lot more where that came from.

Will Apple ever make a product like this for our home? We have absolutely no clue at all. If the company can surprise us with a smartwatch as well as a $300 book, there's a chance we might end up seeing something like this in the future. But for the next couple of years, you would want to lower your hopes.

In the meantime, be sure to check out the source link below for more details on the Apple Mirror project. We're sure you'll love the technicalities of it.

Wccftech’s Most Anticipated Platformers of 2021

Wccftech’s Most Anticipated Shooters of 2021