Video: Meet the 360-Degree Facebook Camera Case for iPhone We Will Never Have 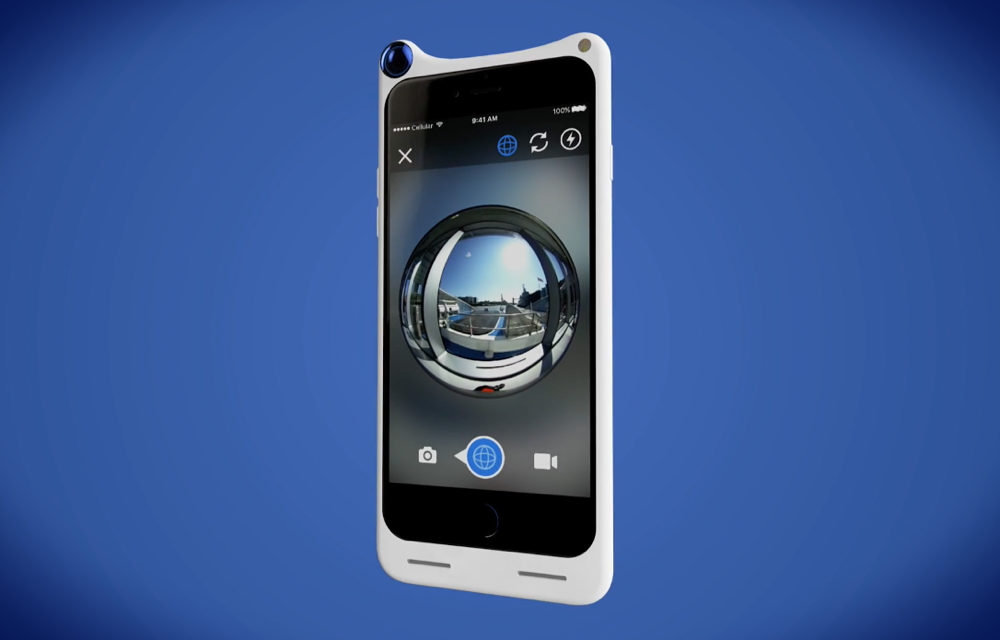 Shooting 360-degree videos and sharing it on Facebook is the new 'cool' these days. But there's no easy way to record the aforementioned video since the equipment available right now is somewhat un-handy. What if there was a simple case for your iPhone that would pull off 360-degree recording which has a built-in camera and all? Sounds heavenly doesn't it? Well, yes, it does. But, in concept only.

If you want to record 360-degree video right now, then you have to do so using dedicated hardware. Although cameras are getting cheaper, but the problem is: you now have to worry about a dedicated gadget that goes with you everywhere. But the Facebook 360° Case concept solves that problem by brining an all-seeing camera straight into a tiny form-factor. Simply slide your iPhone into the case, and you are good to go. It features a built-in 360-degree camera as well as a flash to brighten things up. Check out the video below and see for yourself what we are talking about here.

To make sure the recorded video is quickly accessible on the iPhone, the case connects to the smartphone via Lightning. But that's not all, it even saves your iPhone from dents and scratches too.

Apart from just recording video, you can snap 360-degree photos using the case as well. It's super duper handy, and we are certain people would have insane amounts of fun with it.

Sadly though, this case is a concept and nothing more. Nonetheless, it's an interesting one and goes on to show how one day technology might actually allow us to pull off something this easily. Heck, there's even a possibility that we might end up seeing smartphones that can record 360-degree videos and photos out of the box.

Till then, we have concepts like these to keep our hunger strong as ever.