Valentino Rossi The Game Gets First Screens From The Ranch

Valentino Rossi The Game will replace the annual MotoGP release. Milestone and the world famous biker have partnered this year to create something special, and today the first screenshots of the game have appeared on the Web. 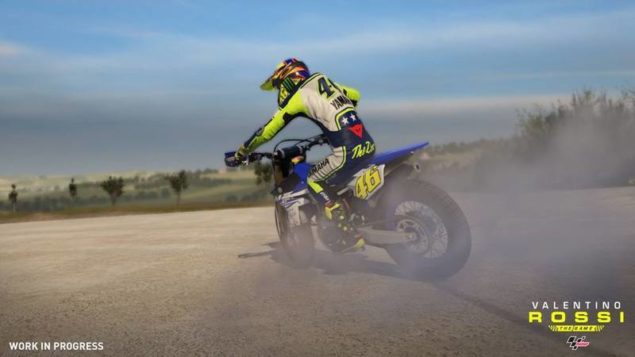 Follow Rossi’s career from his first 125 race to the thrilling 2015 season and experience his personal training ranch in the new video game. The MotoGP™ official video game in 2016, will incorporate plenty of new details dedicated to the 9-times World Champion, Valentino Rossi as well as all the classic features which have distinguished the series over the years, and the 2016 MotoGP™ championship season. Participate in the official MotoGP™ World Championship, retrace Rossi’s career from its beginnings to the present day, take control of a Rally car and let loose on various tracks such as the Monza Rally, participate in thrilling Flat Track races and discover the world of the Valentino Rossi Ranch. These are just a few of the highlights, which will keep fans glued to Valentino Rossi The Game, with its thrilling on and off-line racing. 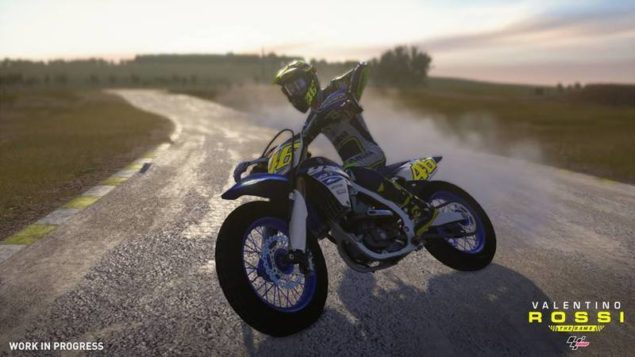 We are really enthusiastic about this partnership and project, Milestone has been developing MotoGP for a few years, but the experience we are going to offer all motorcycle racing and Valentino fans this year is quite simply unique. Players can grapple with the entire 2016 official championship, but most of all they can experience the passion, professionalism and experience of Valentino Rossi, both in and out of the championship, with exclusive rally and flat track content, as well as much more that only the number 46 can offer. We also like to think of this as an Italian project par excellence, which we’re sure will be appreciated all over the world.

I'm happy to announce that I'll participate in the making of Valentino Rossi The Game, along with the guys at Milestone. We chose to include both the most important elements of my MotoGP career, and all the extra circuit stuff that are so important to me, like Ranch, Rally and more. It will be fun to approach the game not only as a gamer, but also as a 'test driver'. I'll work with the development team to make sure all fans will get the best experience they ever had.

Looking at Milestone's development record, this project makes perfect sense. It allows the studio to showcase its prowess with all kinds of racing games: they're also making MXGP and Sebastian Loeb Rally Evo. 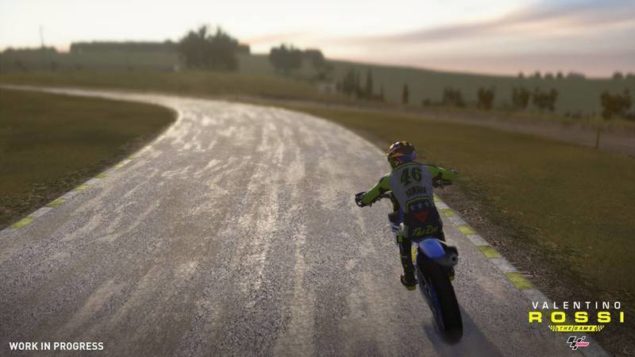 Valentino Rossi The Game will be available for PC, PlayStation 4 and Xbox One in June 2016.