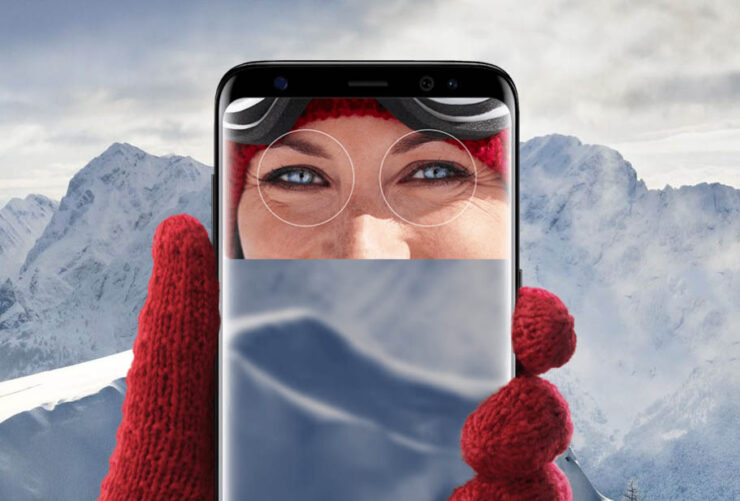 Samsung is no stranger to patent infringement lawsuits and has faced several over the years. The most prominent one was the legal dispute with Apple over design patents in the US. Other, less-known lawsuits include a legal battle with Huawei in China over alleged infringement of 4G patents held by the Chinese firm. The company emerged from both suits unscathed, but it looks like they're in for another round of litigation. This time it's a US-based data security firm PACid Technologies, which has filed a patent infringement lawsuit against Samsung.

The firm alleges that several biometric authentication features such as the fingerprint sensor, facial recognition, iris scan, Samsung Pass and Samsung KNOX found in the recent Galaxy range of smartphones have infringed upon two of its patents in the US and one in South Korea. PACid claims that Samsung knew about its patents since January 2017. The lawsuit covers Samsung Galaxy devices ranging from the Galaxy S6 to the Galaxy S8, including all the variants. If it is proven that Samsung was aware of the patent infringement before the filing of the suit, it will be forced to pay up to three times the damage amount per unit sold and could rack up a bill of up to $3 Billion for the Korean giant.

Just another patent troll? Only time will tell

At first glance, this looks like a classic case of a patent troll, where small companies buy patents for the sole purpose of filing lawsuits against large corporations, without actually developing any products. The practice has been relatively common the tech industry over the years, and it doesn't seem to be going away anytime soon, by the looks of it. At first glance, PACid has all the markings of a patent troll (a few minutes on their website will clear any doubt you may have). The firm has been engaged in lawsuits with several other industry heavyweights such as Nintendo, Apple and Google. We hope that Samsung wins this one convincingly, as it'll be a win for the entire industry and act as a deterrent for future patent trolls.