Sony Ericsson Xperia 10 was one of the early Android phones that was quickly adapted by countless users. However, the whole bootloader locked dilemma made many wary of the phone and some of them shifted their loyalties with likes of Samsung, HTC and Motorola. Sony Ericsson, now Sony, quickly identified the market trends and opted to go for a bootloader unlocking portal. We don’t exactly recall if Xperia X10 was offered any online unlocking services via Sony, but there were some able developers and hackers on XDA who were able to unlock the Xperia x10 bootloaders via custom tools. 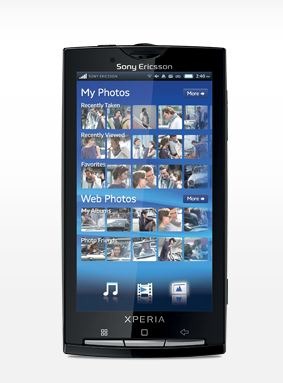 Since Xperia x10 got the bootloader unlocking experience, there have been countless Froyo, Gingerbread and Ice Cream Sandwich ROMs serving the purpose of optimizing user experience. Nearly all custom ROMs made it to this device including the likes of CM official and Kanged versions.

Scritch007, Senior XDA member and Android ROM chef, has revitalized the Xperia X10 by compiling an unofficial Android 4.1.2 Jellybean ROM based on the CyanogenMod 10 sources. We’ve yet to identify if it works fine, but it seems that it will escalate to a beta stage soon due to consistent effort being put by the ROM chef in person. However, if you fancy being an Android developer, chef or ROM compiler, then we’d love to see if you can lend a helping hand to scritch007 in order to bring us all a stable Android 4.1.2 JellyBean CyanogenMod 10 stable version.

According the developer, flashing this ROM will deprive you of a perfect camera, hotspot and camcorder. This ROM, in no way, is a daily driver and for now should only be handled by flash junkies and developers who can identify and fix the bugs. Features like calls, Wi-Fi and Bluetooth work smooth while Gallery is limited to providing you with picture preview and details only.

The chef of this kanged CM 10 has kept sources public and any once get the binaries and fork out code to continue development.

The beta 3 version of this ROM is currently live with some major fixes. We aren’t putting up a how-to guide since flashing this ROM can deprive your phone from some basic, otherwise perfect, functionalities. In case you want to help in development or download the ROM file, then head to the official XDA ROM thread dedicated to unofficial CM 10 Android 4.1.2 Jellybean ROM development for the Sony Ericsson (Sony) Xperia X10.