An upcoming Ark Survival Evolved patch for the Xbox One will increase the game’s framerate by approximately 10%. Furthermore, the update will add the new ‘extinction’ event, and will bring the Xbox version on par with the PC content up to version V238. 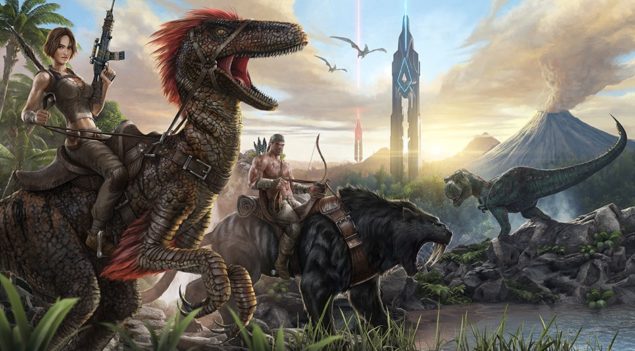 The upcoming v733.0 patch is expected to be released on April 7th. Check out the patch notes down below. Please note that there are more notes to come.

New "Extinction Event" Servers which reset after each month, with an in-game countdown!

Fixed Bug: Focus is now NOT on the Leave Tribe button when opening the Tribe Menu, also added a Leave Tribe confirmation dialog.

If you get stuck underground, you now teleport back above ground.

Ark: Survival Evolved is an open-world dinosaur adventure title, developed by Studio Wildcard. In the game, players fight for every breath amongst the most ferocious creatures to ever walk the earth.

“ARK taps into the scale, size, and wildly unpredictable nature of the dinosaur eras like no other game before it, then pairs it with the wonders of exploration and technological discovery,” said Jesse Rapczak, co-founder and co-creative director, back in 2015. “We’re particularly excited to bring ARK to consoles, as open-world survival gameplay is typically found solely in PC games.”

The title became available via early-access for PC and Xbox One last year, while PS4 players will be able to play the survival game later this year. The ‘final’ game is expected to be released by June.