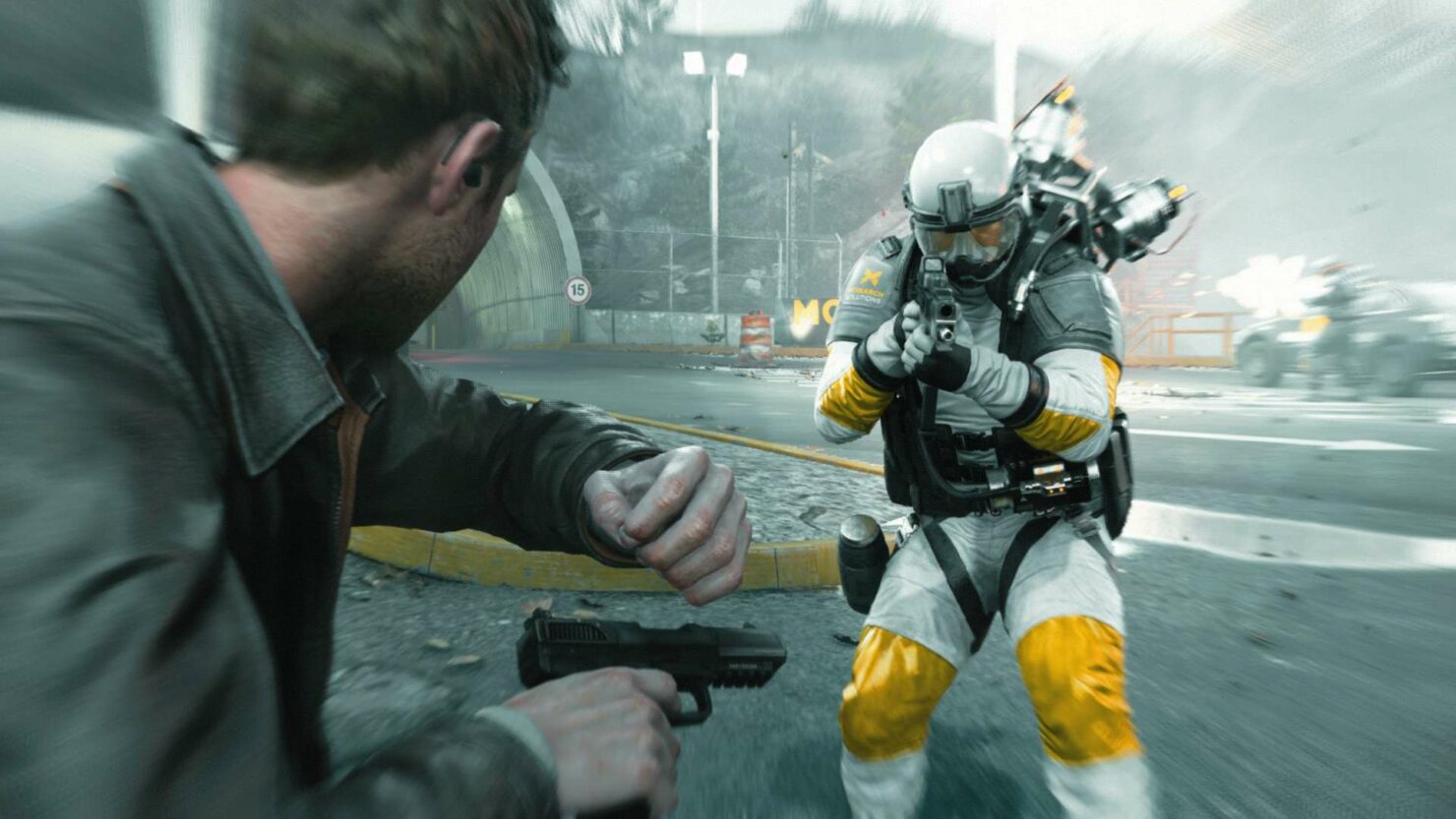 The ending scene of Quantum Break was recorded using an unregistered version of FRAPS, and according to Remedy Entertainment, this was a mistake that shouldn’t have happened.

The recording was spotted by Youtuber ‘Piotr Swat’, who recorded the video using NVIDIA Shadowplay. At the end of the recording, you can clearly see the FRAPS URL watermark appear in the top center. The watermark only appears when using an unregistered version of the recording software. Check out the short recording down below:

When we were first notified of this recording, we though this could have been a fake edit from the community or a joke on Remedy’s part, so we reached out on Twitter to Remedy’s head of communications, Thomas Puha.

According to Puha, the recording is real and the FRAPS recording is a “mistake” that shouldn’t have happened.

No, its a mistake that happened during the chaotic end of the game's development. Should not have happened.

Clearly, this is just a minor mistake due to chaotic end of Quantum Break’s development, and in all honesty, we hadn’t even spotted it until now.

Quantum Break is out now for Xbox One and Windows 10 PC. The Steam version of the game was released last week. If you're interesting in a FPS comparison between the Windows Store (DX12) version and Steam (DX11) version, check out this post.