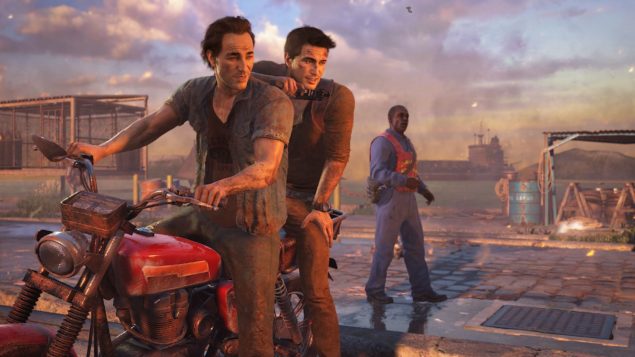 We're now approximately three weeks ahead of the launch of Uncharted 4: A Thief's End, undoubtedly one of the most anticipated games scheduled this year.

This will be the first PlayStation 4 game developed by Naughty Dog (not counting the porting of The Last of Us Remastered, of course) and the last batch of screenshots showcased once again the amazing level of details that we can expect in the game, which will be the longest and most varied (in terms of environments) Uncharted title yet.

Naughty Dog also hosted two presentations at GDC 2016 on making Uncharted 4. One of these, titled Technical Art Culture and presented by Lead Technical Artist Andrew Maximov, might have inadvertently leaked the level list of the game.

It only appeared for a moment at 36:10, but a crafty gamer managed to take the snapshot embedded below. 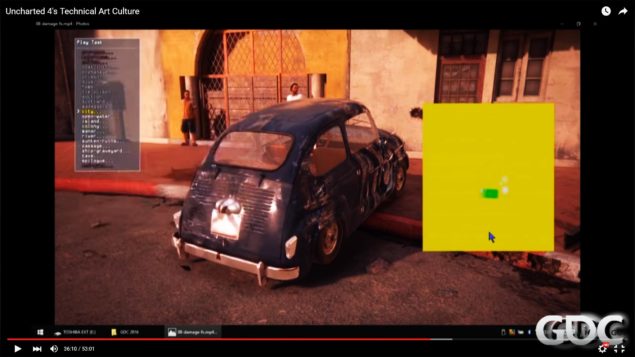 Of course, this level list is made of code names. Furthermore, Uncharted has been usually divided into chapters and there may be more than a level in each chapter, so it's impossible to figure out how many chapters are going to be in the game; obviously, it's also possible that the level list is not final and some have been added or removed.

Still, the names make sense from what we've seen so far of the game. Uncharted 4: A Thief's End will be the last adventure of protagonist Nathan Drake, who will be convinced to go back to treasure hunting by his brother Sam, previously thought to be dead.

It will be out on May 10 worldwide, exclusively for PlayStation 4.