The demo for Uncharted: The Nathan Drake Collection is rolling out to the PS Stores as we speak, and it's already available on the Australian, UK and Dutch PS Store. Due to time differences the demo will be available later today on all PS Stores. 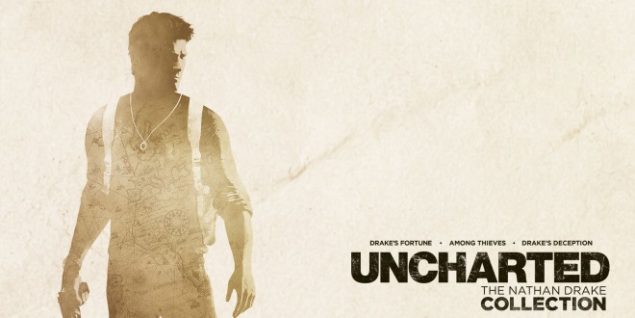 The demo weighs in at 6.9GB and features chapter 5 of the full game - Urban Warfare. Chapter 5 is an iconic chapter in Uncharted 2: Among Thieves.

Can’t wait for Uncharted The Nathan Drake Collection? Then wait no longer. You can now experience the iconic, best-selling series on the PS4 in this classic level from Uncharted 2: Among Thieves. Play Chapter 5: Urban Warfare as Drake and Chloe fight to retain lost relics and determine the next clue in their perilous quest. 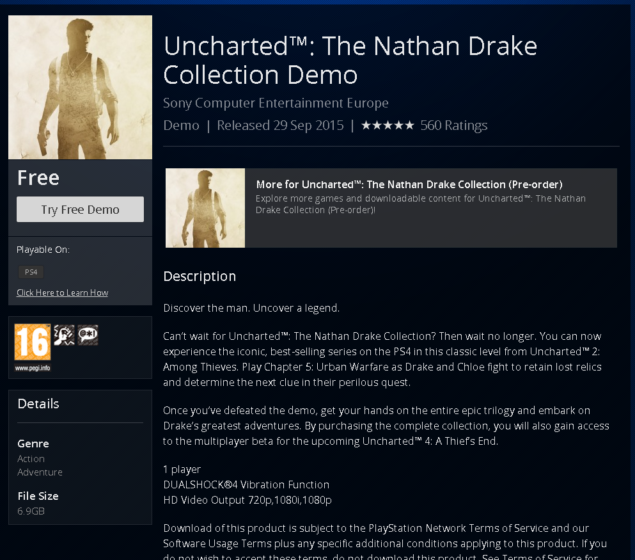 Interestingly the file size of the demo equals 15% of the Collections full size - 44GB.

The collection was leaked back in June of this year when Sony's mobile store listed the collection. Later on Naughty Dog's creative director Neil Druckmann confirmed the Collection for the PS4. The Nathan Drake collection includes all three Uncharted games. All titles have been remastered to 1080P and 60FPS. The new 1080p resolution and generous frame-rate gives everything a cleaner, crisper and more fluid look. 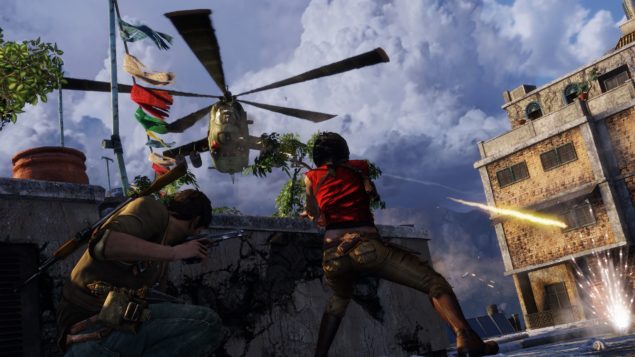 Using the advantage of the PS4’s power, the graphical quality between the original Uncharted: Drake’s Fortune and the remastered PS4 version will be the biggest.

The Nathan Drake Collection launches on October 9th for the PS4.