Naughty Dog and Sony Computer Entertainment released three new cinematic videos for Uncharted 4: A Thief's End, before and during the PlayStation Experience 2015 event. 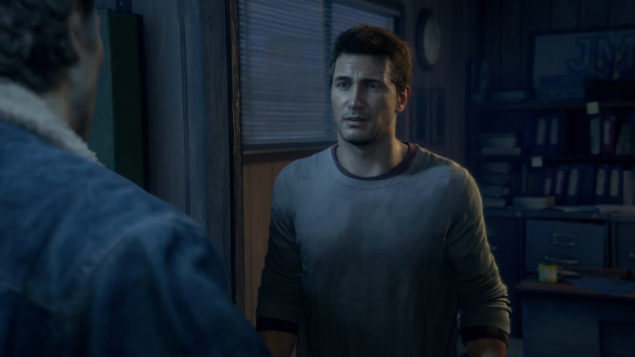 Arguably the most important one is the cinematic where Nathan Drake receives the visit of his brother (who was presumed dead and never showed up before Uncharted 4), Sam.

Interestingly, Sam wants to catch up with Nathan's past adventures and at that point, the ability to choose one of three options (El Dorado, Shambhala and Iram of the Pillars, the three lost cities featured in Uncharted 1, 2 and 3) appears. This may suggest that players could enjoy some degree of choice during cutscenes in Uncharted 4: A Thief's End, which would be a first for the franchise.

The other two videos introduce a new character featured in Uncharted 4, Nadine Ross. In the first video, she introduces herself in a hostile way to Nathan, with the cutscene ending in a transition to gameplay where the two will likely engage in a fist fight.

Another Uncharted 4 video was released during a PlayStation Experience panel. In this video, Nathan, Sully and Sam are at a ball; while the Drake brothers slip into a different room downstairs (presumably to retrieve something), Sully receives the visit of Nadine, who seems to be an acquaintance of his.

The video was grabbed from the live stream and its quality is not as good as the previous ones. Even so, it's impossible not to notice the amazing facial animations realized once again by Naughty Dog.

As a reminder, the Uncharted 4 multiplayer beta is currently ongoing. It's available for the owners of the Uncharted - Nathan Drake Collection and it will end on December 13.