All of Apple’s iPhones, including iPhone 6s look strikingly beautiful in aesthetics. Those aesthetics are only matched by its overly optimized iOS platform. Thanks to its astounding cosmetic quality, lots of Chinese smartphone manufacturers are aiming to copy the design of Apple’s smartphone lineup as accurately as possible without making it completely identical to it. On this occasion Ulefone Paris is one such smartphone that comes very close to looking like an iPhone. 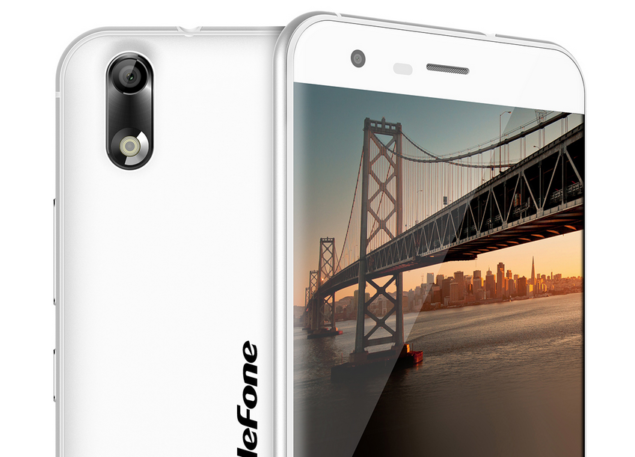 Ulefone Paris Might Be Running Android Lollipop, But It’s Definitely 90 Percent Of An iPhone From The Outside – See All The Images Here

If you ever wanted to purchase an Android smartphone that exudes the design of an iPhone 6s, we believe that there is no accurate smartphone besides Ulefone Paris. Despite the fact that the device only carries a price tag of $129.99, it is still incorporated with hardware that will deliver above satisfactory performance. Starting off, Ulefone Paris features a screen size of 5 inches, which is possibly the only evidence you will have when you want to distinguish between this smartphone and an iPhone 6s, since the latter has a screen size of 4.7 inches.

Additionally, the resolution of the smartphone measures at 1280 by 720 pixels, although a 1080p display would have been a much a better option given that it increases the quality of the content rendered inside Ulefone Paris. The chipset belongs to MediaTek, and is a MT6753. The clock speed of the CPU is on the low side; 1.3GHz running for the octa-core Cortex-A53 processor. On this occasion, we feel that the company should have packed in a something that delivers a little more performance; something like MT6752 because it is running a Cortex-A53 octa-core CPU at 1.7GHz, and is more than enough to beat both Snapdragon 801 and Snapdragon 615.

Furthermore, given the fact that the chipset is manufactured on the 28nm architecture, it would have been much cheaper to incorporate in Ulefone Paris. 2GB of RAM is present underneath the hood, along with 16GB of internal storage, with a space to accommodate removable storage up to 64GB. For additional flexibility, the smartphone has two SIM card slots, and with a 4G modem, the end user can easily experience high carrier network speeds.

There is a 13MP/5MP camera sensor duo present and Android Lollipop 5.1 is already running ‘out of the box’, with a very high probability that Ulefone Paris will be upgraded to Marshmallow in the distant future. There are several online retailers selling the smartphone for $129.99, including Gear Best, so if want a sub-$130 smartphone that looks near identical to an iPhone 6s, look no further than Ulefone Paris.