The Nintendo Switch January Presentation is right behind the corner, and Nintendo fans all over the world are dying to finally learn more about the console and its launch titles. While the final launch date has yet to be confirmed, the console may be released in the second half of March, if a recent retailer listing can be believed.

Earlier today, UK retailer GameSeek started listing the Nintendo Switch console with a March 17th launch date, a date which appeared in other earlier listings, with a £198.50 price, around $245. Interestingly enough, GameSeek is offering a preorder price guarantee, so there's a very good chance that the final price won't be too different from the currently listed one. 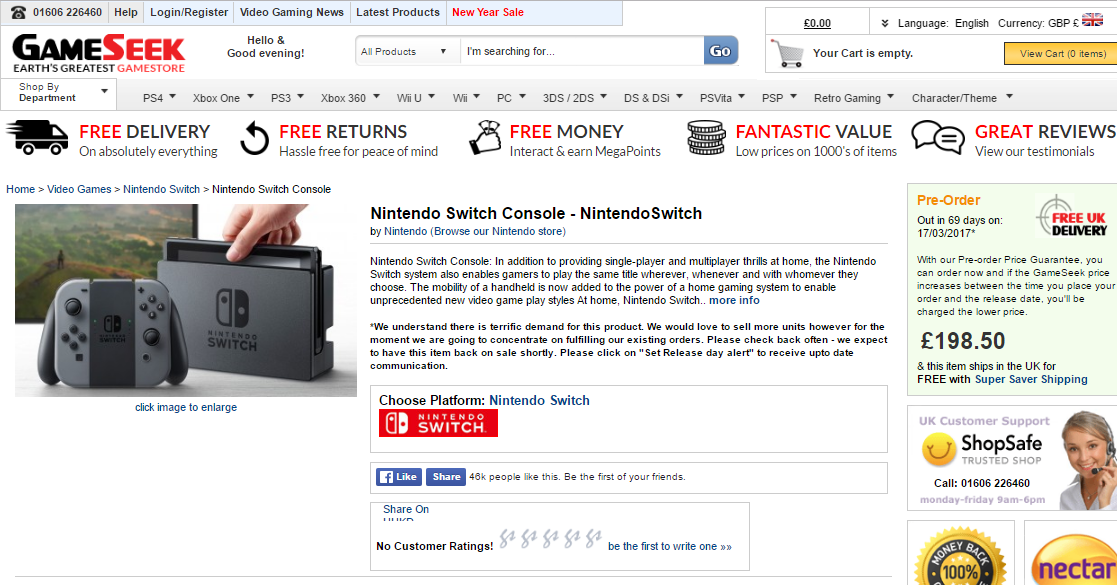 As mentioned above, we don't know much games currently in development for the Nintendo Switch, but insiders have been providing details quite often. Earlier this week, we have learned that the Ubisoft developed Mario / Rabbids cross-over RPG, named Rabbids Kingdom Battle, will be a strategic RPG. Mario and his friends will obviously play a big role in the game, and so will the Rabbids, who will also appear with Nintendo themed costumes.