The UK Just Made iTunes Illegal According To Copyright Law

According to a new copyright law in the UK, iTunes is now illegal to use. The reason? Because Apple's music management software lets you rip CDs or other content (read: backup), which may or may not contain copyrighted material. 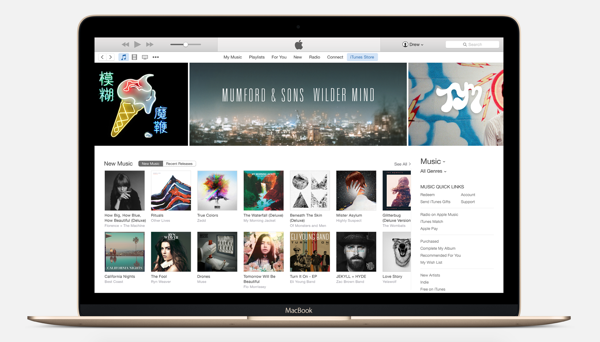 iTunes has taken a ton of heat in the past few years due to its somewhat bloated nature. The software has seen a lot of revisions of late, with the recent one bringing with it Apple Music, adding more pain to those who can't wrap their heads around how the software works on a Mac or PC. And now the British High Court has chimed in to make matters even worse for users, claiming that ripping CDs or making copies of content to an external hard drive or a cloud storage service using Apple's music management software is illegal. What that means is that million of users in the UK just became outlaws overnight. In short, iTunes just became an even worse nightmare for Apple than it originally thought it was.

It's not just iTunes that becomes illegal under the new law, even Apple Music and making a Time Machine backup of your content is too. Of course, Apple has the right to appeal to such a thing, and we're pretty sure that it will to protect one of its most cherished property.

The British government on the other hand, is pretty moved by the High Court's decision and says that the ruling will have a lot of implications moving forward. According to the IPO office, they are:

Carefully considering the implications of the ruling and the available options before deciding any future course of action.

It would be very interesting to see what steps the British government takes after the High Court's ruling. With so many users under hot water just over ripping CDs for personal use, Apple definitely won't want to see itself under such a fire in any case.

iTunes is Apple's music management software and allows users to manage their music libraries along with other content on the fly. The software is very key to the whole Apple ecosystem and is updated regularly to cater to different users and their needs.

We will definitely update our readers more on this new ruling as we grab hold of more details about it. Till then, if you're from the UK, don't fret just yet, we're sure good news is going to make its way soon to the public domain.