First person shooter games have been popular for quite a few years, but fans of the genre know well that FPS titles from ten years ago are quite different from modern ones. Those who enjoy classic games like Medal of Honor and older entries of the Call of Duty series more than modern first person shooters will be happy to know that a new game inspired by these classic titles is now in development. 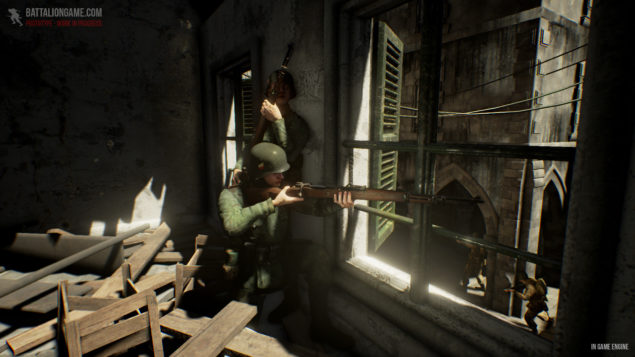 Battalion 1944, currently in development by Bulkhead Interactive, will try to recapture the core of classic multiplayer shooters, bringing a new generation title set in World War II. The game will feature real world locations such as the streets of Carentan, the forests of Bastogne, weapons such as the M1 Garand and a competitive multiplayer environment with a big emphasis on skill.

"Fuelled by the power of Unreal Engine 4, Battalion 1944 resurges World War 2 back into the modern gaming spotlight in our spiritual successor to the great multiplayer shooters of the past such as Call of Duty 2 and Enemy Territory. On BattleRank, it’s down to skilled soldiers like you to fight for your battalion."

If Battalion 1944 seems like a game you would like to play in the future, you may want to support it through the recently launched Kickstarter Campaign. With over 233 backers pledging £5,886 in a short amount of time, things are definitely looking good for Bulkhead Interactive. You can support Battalion 1944 and learn more about it by going here.

Battalion 1944 is currently in development for PC, PlayStation 4 and Xbox One. We will keep you updated on the game as soon as more comes in on it so stay tuned for all the latest news.