Torn Banner Studios, the team behind Chivalry: Medieval Warfare, has recently revealed a brand new multiplayer focused title which sounds quite promising with its intense combat and beautiful locations. 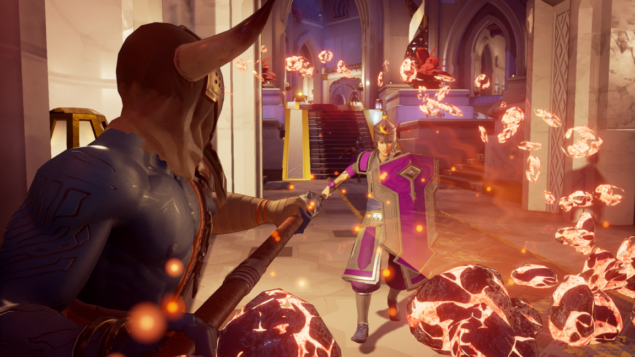 The new game from Torn Banner Studios is called Mirage Arcane Warfare, and it will be set in a strange fantasy world which is being shattered by ruthless civil war. Powered by Unreal Engine 4, the game will feature visually stunning locations, and plenty of brutal multiplayer combat.

In Mirage: Arcane Warfare, the calm of a strange fantasy world is shattered by ruthless civil war. Warriors armed with steel and magic bring violence and death as they do battle across a fantastical Arabian and Persian-inspired setting of desert sands, market bazaars and grand palaces. Built using the powerful new capabilities of Unreal Engine 4, Mirage: Arcane Warfare presents visually stunning backdrops to some viscerally brutal multiplayer combat.

Even though Mirage Arcane Warfare features a radically different setting, the new game from Torn Banner Studios has been influenced by the team's previous game. Torn Banner CEO Steve Piggott revealed that Mirage Arcane Warfare takes the core gameplay DNA of Chivalry: Medieval Warfare and mixes it with fantasy and magic, adding more complexity to the core team-based combat concept.

A new trailer for the game has also been shared online, and you can check it out right below.

With several different player classes with unique weapons and skills, and different multiplayer modes, Mirage Arcane Warfare is the game to keep an eye on for fans of the genre. The game will launch later this year on PC through Steam and more on the game will be shared in the coming months.