Twitch Prime Gives Away 21 Games This Month, Including Pillars of Eternity, Tyranny and More Great Stuff 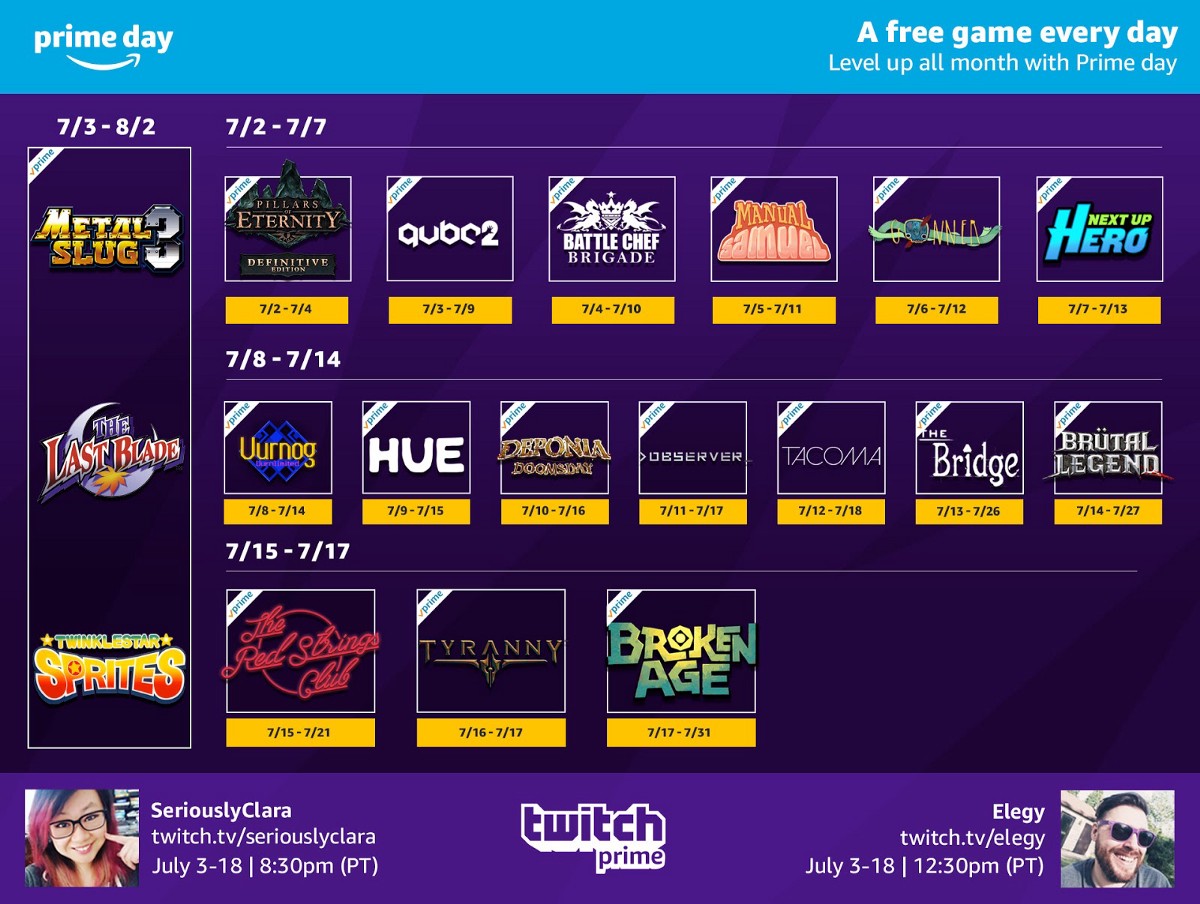 Twitch Prime announced the biggest monthly giveaway yet, to celebrate Prime Day 2018. Twitch Prime members (which means Amazon Prime members, after they've linked the accounts) will be able to get great games like Obsidian's PIllars of Eternity and Tyranny, Tacoma, Observer, Broken Age and more for free. Below you can find more details on when the games will become available to be redeemed on your accounts.

Yours to claim and keep forever all month: