You might have come across a condition when a specific app functions in an unusual behavior or starts acting sluggish. This is because as you use apps, they keep increasing the cache file size that takes up a considerable amount of space. When you see these signs appearing, you know its time to clear app cache files.

Since iOS does not provide a direct method of clearing app cache files, users have to workaround to clear it. If you possess a jailbroken iOS device, we're going to tell you an easy way of how you can clear app cache files in a jiffy. The jailbreak tweak is called Lautus that allows you to easily clear an app's cache files using the 3D Touch functionality found on the iPhone 6s and 6s Plus.

As we have mentioned earlier, iOS has no direct way of clearing cache files, so a user has to either download a third party app or delete and reinstall the app. This is where Lautus kicks in and makes use of the 3D Touch feature to clear cache files of an individual app. When you perform the 3D Touch operation on an app, a quick action menu will appear. Along with a list of other shortcuts, the Clear Cache option will also appear. Just tap on it to clear cache files of that app. 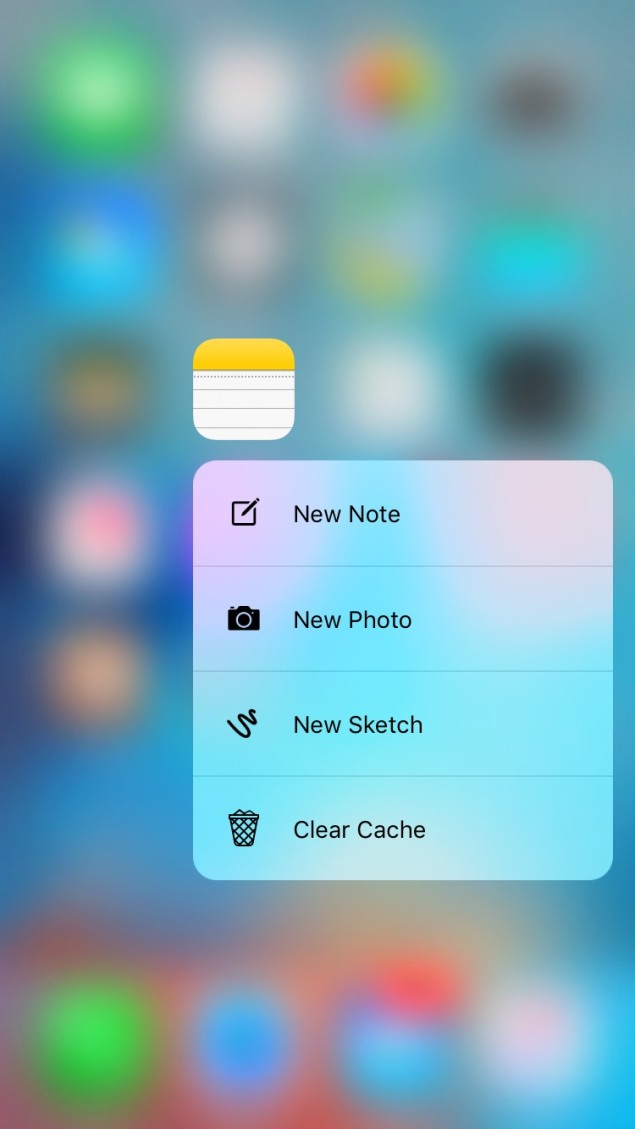 Lautus can clear cache of most of the apps that rests on your Home screen. The jailbreak tweak works with every app that has been installed from the App Store. The best part about the tweak is that it even works with apps that do not have 3D Touch support. Moreover, if you have an older iOS device that does not feature 3D Touch, Lautus can make use of other Cydia tweaks that ports 3D Touch-like functionality on older iPhones. Some of these Cydia jailbreak tweaks include revealMenu and Forcy. Both of these tweaks require the press and hold operation on an app's icon to display the quick action menu.

Lautus is a great tweak for all jailbreak users. Once you clear app cache files, it leaves your iPhone with more space that can be used elsewhere. The app supports iOS 9 and can be downloaded for free from Cydia's BigBoss repo.

This is it for now, folks. What do you think about the jailbreak tweak? Will you be giving it a try? Share your views in the comments.