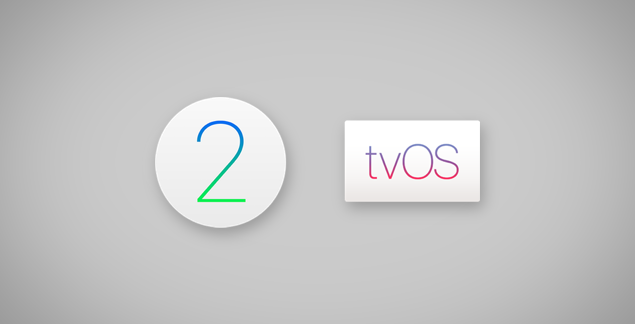 It seems Apple has sped up its development process for all of its platforms, ensuring that things are absolutely bug free and solid when the final release time arrives. For example, apart from tvOS 9.2 beta 5 and watchOS 2.2 beta 5, Apple took the liberty to release the fifth betas of iOS 9.3 and OS X 10.11.4 El Capitan as well. Hence, one can easily conclude that things are on track from Apple's end and we can hope for a smooth final release in the future.

tvOS 9.2 will be a solid update when it hits the final download channel. It finally brings to the table the ability to create folders on the home screen to house apps, something which iOS users have been doing for a long, long time. Apart from that, tvOS 9.2 brings dictation to the fore as well as the ability to search the App Store using the mighty power of Siri. All in all it's going to be a solid update and we're sure users are going to love it.

If you happen to have tvOS 9.2 beta 4 installed on your Apple TV 4 then updating to the fifth beta is a piece of cake. Simply launch the Settings app from the home screen, then open System > Software Updates and then 'Update Software.' Simply download and install the available update and you're golden.

watchOS 2.2 on the other hand is not a mighty big update, but instead improves upon already existing features. For instance, it features a refreshed Maps app with the new Nearby feature, allowing users to quickly go through points of interests in a lightning fast manner. Apart from that there are a few changes under the hood with most of them residing in the bug fixing and performance enhancing department.

If you have watchOS 2.2 beta 4 installed on your Apple Watch then you can update right away from your iPhone. Launch the Watch app, navigate to General > Software Update and then download away.

If you're a registered developer and are looking forward to install Apple's new wearable software onto your Apple Watch, then it's worth pointing out here that you need to have iOS 9.3 beta installed on your iPhone, otherwise the installation process won't move a muscle.

It won't be long till the final versions of the above mentioned software land and we'll definitely let our readers know about it whenever that happens, so stay tuned to our coverage.