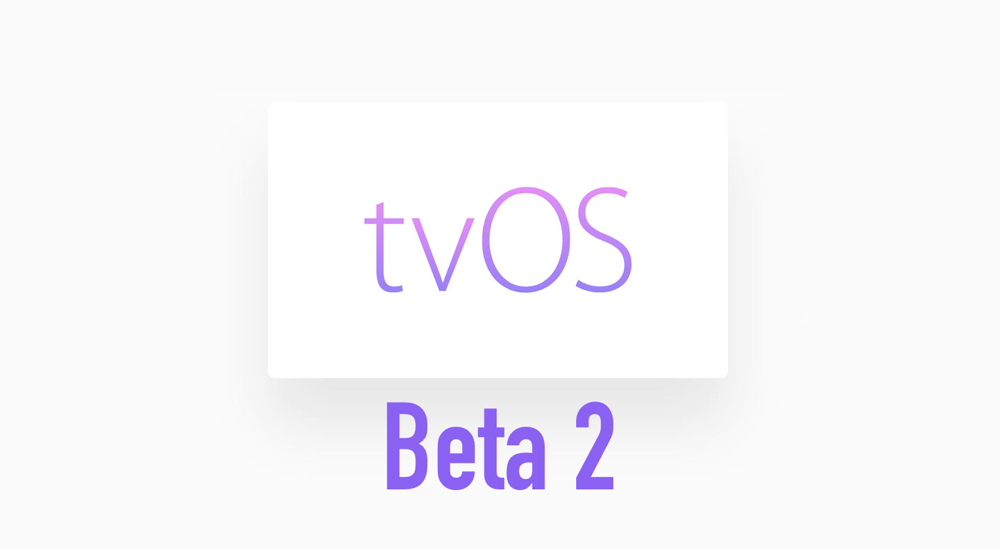 tvOS 10 beta 2 for Apple TV 4 devices is now available to download. Here's how you can download and update as well as what is new.

tvOS 10 is not a huge update compared to everything else Apple announced at WWDC 2016. Sure it is indeed packed with something mildly new at certain corners, but overall, it's an extremely modest update and refines what is already there instead of bringing something absolutely new to the table. Features such as dark mode, Siri remote app for iOS and more are enough to appease any user on a TV-level it seems, according to Apple.

Today, Apple is taking tvOS 10's development process a step further with the release of tvOS 10 beta 2. The new update, as you'd expect, is packed with bug fixes and performance enhancements. Obviously, there is a chance Apple might have sneaked in something brand new into this release as well. We will highlight it as soon as we stumble across it so stay tuned.

During the installation process make sure you do not interact with your Apple TV device until or unless you're prompted to do so. Lastly, if you're updating to tvOS 10 beta from tvOS 9, then you can do so from the Apple Developer Program website, the membership of which will cost you $99 on an annual basis.

Installing tvOS 10 from the ground up will require you to have the latest beta of Xcode installed on your Mac so be vary of this fact before making the big plunge.

We urge users to update to the second beta of tvOS 10 as it brings with it a handful of bug fixes and performance improvements. If you're a developer, then this update is especially aimed at you to install immediately. We can't emphasize enough on how important this update is for those testing out tvOS 10 beta. Fire up your Apple TV 4 and update away.

Beta 4 Of macOS Sierra, watchOS 3, tvOS 10 Released – How To Download

macOS Sierra, tvOS 10, watchOS 3 Beta 3 Released – How To Download Them All

tvOS 10 Beta Released – Here’s How To Download And Install