As a society, mobile gaming has always been something that consumers have wanted. Before the smartphone era, we had Game Boys that were a simple plug and play solution for those wanting to play games on the go. With Nintendo's offerings, all you had to do was purchase a handheld, get hold of your chosen cartridges and voila, you had all the materials necessary for handheld gaming. Well, one manufacturer has come up with a method to combine the old with the new, and with this offering, you'll be able to play your favorite old-school titles on your brand new iPhone 6. 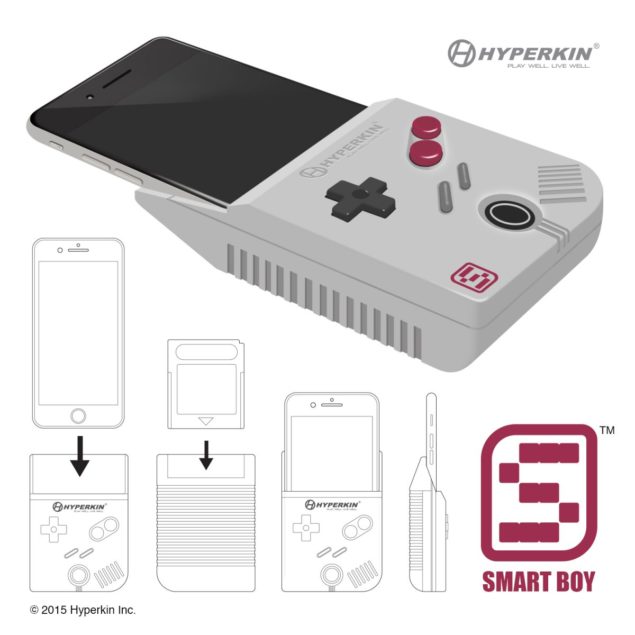 An idea what was described by Redditors to be an April fools prank, will now allow you to enjoy all of your favorite Game Boy titles on your iPhone 6. Manufacturer Hyperkin has plans for a device, pictured above that's going to be a simple plug-to-play solution for everyone who's still got their old cartridges lying around. With Hyperkin's device, you'll be able have access to all of Game Boy's controls such as the 8-way D-Pad, the start and select buttons and A, B buttons found on Nintendo's beloved device.

You'll also be able to use your Game Boy and Game Boy Color Cartridges, meaning that Hyperkin's device will be able to accommodate nearly all cartridges any user might have lying around. The company plans to release an iPhone 6 compatible device so far only, so all Android users will have to wait for a little bit more longer. Product developer, Chris Gallizzi however promises that a version for Android with an open side panel is also in the works. You can read the full press release here. The Smart Boy seems to be the perfect product for anyone still nostalgic of their Nintendo days. Sound interesting? Let us know what you think in the comments section.