Turn 10 Explains Forza Motorsport 7’s Audiovisual Enhancements, Including One Only for XB1X 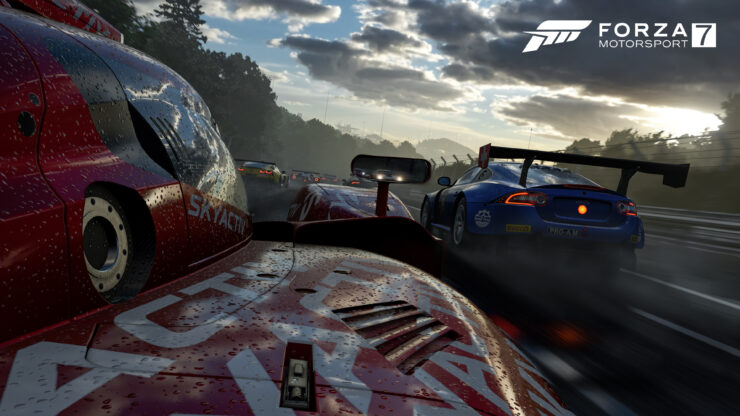 Forza On Board in the Race 4K

Bill Giese, Creative Director at Turn 10, explained in an interview with Official Xbox Magazine (OXM) UK (September 2017, issue #154) that Forza Motorsport 7 will feature dynamic image-based lighting (like in Playground's Forza Horizon 3) on all platforms as well as dynamic HDR skies (again, like in Forza Horizon 3) on Xbox One S and Xbox One X.

However, there is one technical feature that will be only available on Microsoft's upcoming Xbox One X console (as well as on Windows 10 PC, in all likelihood). That's dynamic cube mapping which, according to Giese, will help "better seat the cars in the world".

Dynamic cube maps have six different 2-D images (textures), one for each side of a cube map texture, instead of just one like with static cube maps. What's interesting to note is that rendering dynamic cube maps automatically means rendering the scene six times for each frame, not counting the main frame render. As a result, this technique requires a lot of power, which explains why it will not be available on less powerful Xbox One devices.

We want players to see, hear and feel the explosive power of motorsport. For all 700 cars the instrumentation clusters are going to rattle, windshield wipers and mirrors vibrate - it's that feeling of the car at its peak. We've overhauled the audio for our driveline flex, so you can hear the car tearing itself apart. It can be scary, but it feels more alive and grounded than before.

Forza Motorsport 7 is due to launch on October 3rd for the Xbox One family of devices and Windows 10 PC, with full cross-buy and cross-play functionality. It's squeezed right in the middle of strong competitors such as Slightly Mad's Project CARS 2, due to launch on September 22nd, and Polyphony's GT Sport due for release on October 17th in North America and 18th in Europe.

One thing is for sure, it will be a nice Fall for fans of racing games.