The DLC Content offers two variants of Tuk Tuk's, The original Tuk Tuk La and the other one which is a heavily armored version fitted with a massive bombardment cannon on its back which is usable, The rear of the vehicle had to be removed in order to place the massive cannon. This Tuk Tuk La is ideal to cause Chaos in the game. 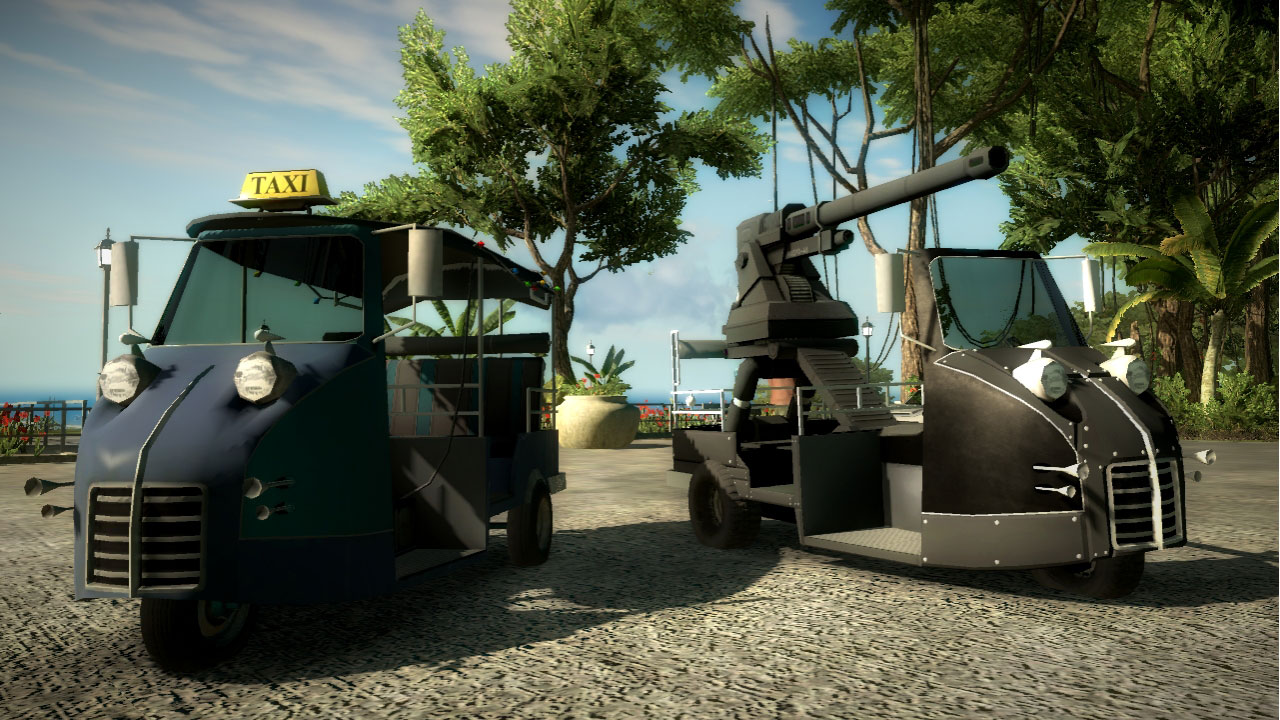 Although the PC version of the content hasnt been released but you can get the following items for $1 and 80 Microsoft Live points for the PS3 and Xbox 360.