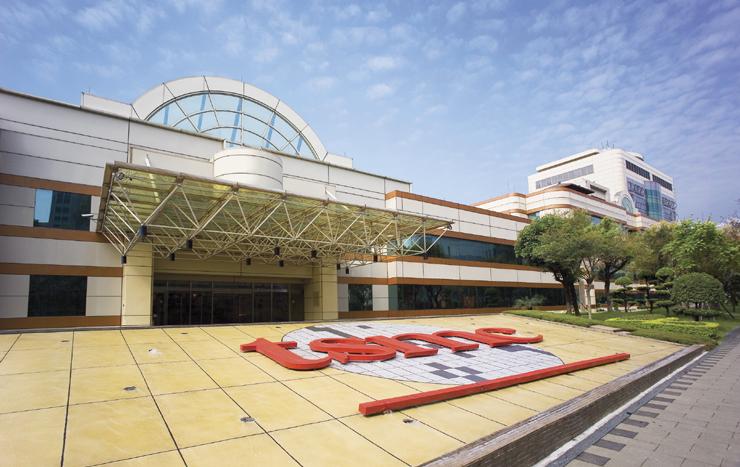 In a little over two months, we'll have officially said farewell to 2016. The year has seen several interesting launches and events, even as we expected it to be quite uneventful. Apple stubbornly chose the same design for the iPhone second year in a row, a first in the company's history. Samsung launched the first flagship mobile gadget with an Iris scanner. The said gadget proceeded to go up in flames, damaging customer trust and company reputation. For hardware, it's 2017 that is expected to be the major year for upgrades. On that end, Samsung recently announced commencement of 10nm production. Now, it's TSMC's turn. Take a look below.

It's been Samsung that has been ahead in the chip game for quite a while. The Korean tech giant has massive resources at its disposal. These allow it to expand aggressively, with one end being chip manufacturing. Its Exynos lineup of processors have consistently bagged the top spot in benchmark scores and devices. However, this year we've heard some bold statements from Taiwanese fab TSMC. It plans to give Samsung tough competition and today's developments might allow it do so.

According to sources, TSMC just might be ready to start progress on the 7nm node. The fab has given certification to Synopsis' tools for the process. This will allow customers to start with the process quite early on. According to earlier statements by the fab, 7nm should be in pilot production by 2017. This will leave mass production for the later half of the year with products being ready for 2018.

Synopsis' design platform allows for significant facilitation of TSMC's 7nm ultra-low voltage platform. These include POCV and AWP, which will allow for greater benefits from the low power, high performance node. TSMC's senior director of design infrastructure, Suk Lee elaborates, "Building on our longstanding FinFET collaboration with Synopsys, this TSMC certification signifies that the tools from the Galaxy Design Platform are now ready for early engagements at 7nm. With its DesignWare IP and Galaxy Design Platform, Synopsys helps companies achieve their design goals and quickly ramp into volume production''

The certification from TSMC covers several aspects of overall node design. It'll be able to deliver routing rules, statistical timing analysis, physical verification runsets and metal cut awareness. Risk production for TSMC's 7nm is slated for Q2 2017, so there's a lot of time to smooth out any potential issues for the process. Another interesting bit which surfaced yesterday was Samsung's delay in production of the Snapdragon 830. Fortunes might change drastically for the better for TSMC. We'll be on the lookout. Stay tuned and let us know what you think in the comments section below.