TSMC has officially confirmed something we have known for a very long time - the high performance node is going to jump straight from 28nm to 16nm, specifically the 16nm FinFET+ process. This means that GPUs are going to jump directly from 28 nano-meters to 16 nano-meters when the time is right. In a report by the publication, Cadence, we also find out that it has launched two new 'compact' processes, namely the 28HPC+ and 16FFC process. 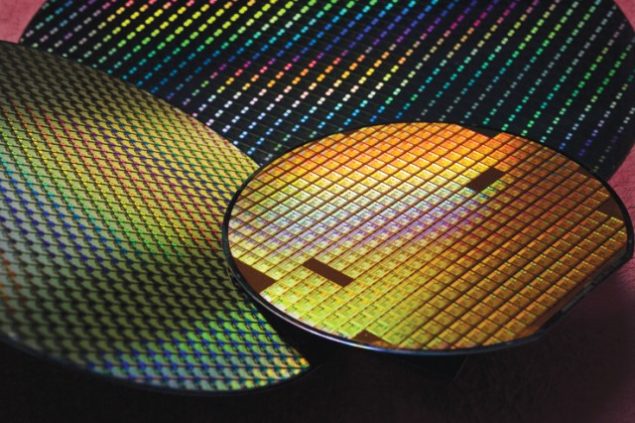 Now most of you would be aware of what Cadence is - but to those who aren't, this company is basically a design automation provider, in simpler words, it produces software and hardware that facilitates electronic circuit design.  Cadence is also one of the primary collaborators on TSMC's 16nm node and one of the most authentic sources of information on the company's fabrication process.

The source reports that TSMC has launched two new processes for the Internet of Things (IoT) segment of the market. The 28nm HPC+ and the 16nm FinFET C will be derivatives of TSMC's mainstream high performance nodes with the suffix 'C' denoting 'compact' (Expanding the nomenclature you are looking at 28nm High Performance Compact Plus and 16nm FinFet Plus Compact). Both processes will be targeted at the ultra small form factor Internet of Things niche.

Summarizing the portfolio offered by TSMC we get:

16FF+ is already in risk production and the 16FFC derivative can be used for ultra low power applications of the same to end products such as wearables and mobile and reduces power consumption by 50%. 16FFC will enter risk production in 2016 and tape out is expected by 2H 2016. TSMC already had a 28nm HPC in its portfolio which offers size reduction of 10% and power reduction of 30% as compared to 28LP. 28HPC+, with the addition of the 'Plus' suffix  denotes an upgrade over the existing 28HPC process by providing 15% faster speed while maintaining the same leakage ( or 30-50% reduction in leakage if you maintain the same speed).

The publication also notes that the 16FF+ node offers around 40% more performance at the same power draw or 50% less power at the same speed. 16FF+ is now approaching 20nm SoC yields and has offered a much better maturity than any preceding TSMC process. TSMC will start volume production of 16nm FinFET in the third quarter of this year – with meaningful revenues by Q4. This means that 1) we will probably be looking at the first GPUs by late 2015 or early 2016 2) we can expect a minimum 30-40% increase in power just by utilizing the process reduction (for flagship GPUs) and something we have known all along now 3) GPUs will shift from 28nm to 16nm FF+ directly. On a concluding note, 20SOC still appears to be alive and kicking.