Call of Duty: Black Ops III was available to play starting yesterday, and it's been nothing if not a rocky start. Issues on the PC are seemingly wide-spread and even the console version isn't without its woes.

Last generation consoles weren't going to have the entire game, just the multiplayer component. We've known this for some time, but not the actual underlying reasons. Treyarch has finally explained the decision behind not including the campaign in the PS3 and Xbox 360 version of Black Ops III, despite being 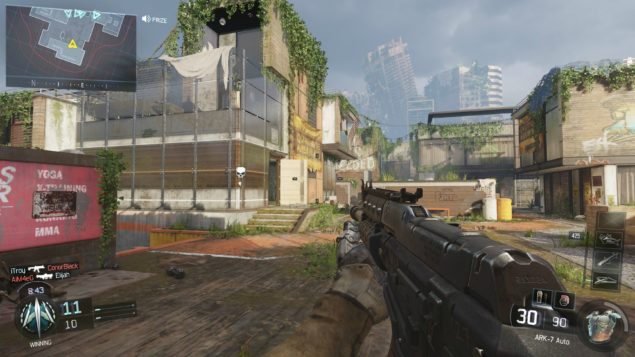 Inherent memory limitations have kept the campaign at bay.

Talking with Gamesradar, the director of the campaign for Black Ops III, James Blundell, explained that the underlying memory subsystem was just too slow and too small to actually be able to have all the assets they wanted to have in the campaign, in memory when they needed to be. This would have cause a significant drop in detail that was just unacceptable to Activision and Blundell.

"For you as a co-op player to see what weapon I have, you have to have loaded in the memory – in resident memory – every single weapon customisation. Current-gen memory just can’t do that. You’d have to have everything loaded otherwise you just can’t see what I’m carrying. You know you could simplify things down, but I think [Activision] made the right choice because I would hate for people to get an experience that wasn’t true to the vision of it. As the director I’m incredibly passionate about the experience being a pure experience, that you get what I was trying to have you get."

So even with a slightly older, though upgraded, game engine, it just wasn't possible to achieve the vision they wanted while maintaining the level of detail they wanted to impart. Though it might seem like a slight towards last-gen console owners, the newest generation have been out since 2013, so it makes sense to not devote as many resources to game development on them.