A few months ago Koei Tecmo revealed that a new entry of the Toukiden series was in development for PlayStation consoles. Following the announcement, very little has been said about Toukiden 2 but it seems like the publisher is now ready to share more on its upcoming game. 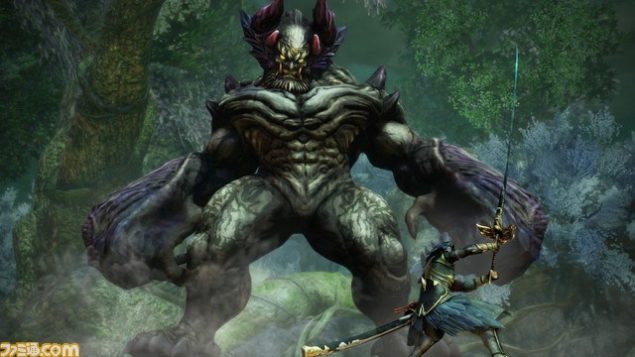 A few hours ago the Japanese magazine has also shared some very interesting Toukiden 2 screenshots which show a huge improvement over the original game. You can check out the screenshots right below.

As mentioned above, this week's issue of Famitsu has shared some new details on Toukiden 2. Unlike the previous game, Toukiden 2 will be an open world game where players will be able to explore and fight in a variety of fields, with battles taking place seamlessly. The game will also come with a day/ night cycle system and a brand new weapon type called Shield Sword, a weapon combining a sword and a shield. The magazine has also confirmed that development is now 60% complete.

Not much else is currently known about Toukiden 2, but more will surely be coming in soon, as the game is scheduled for a 2016 release in Japan. A teaser website has also been launched a few hours ago but it doesn't include any new information.

The original Toukiden: The Age of Demons isn't the only entry of the series released up until now. Last year Toukiden Kiwami, an enhanced version of the game, has been released on PlayStation Vita and PlayStation 4 in North America and Europe. This new version of the game came with new weapon types, new character abilities, new characters, an extended story and more.

Toukiden 2 is currently scheduled for a 2016 release in Japan on PlayStation 3, PlayStation 4 and PlayStation Vita. A Western release has yet to be confirmed but there's a very good chance the game will eventually be localized, considering how successful the original Toukiden and Toukiden Kiwami have been in North America and Europe.

Toukiden 2 Confirmed For The West, To Release During Spring 2017