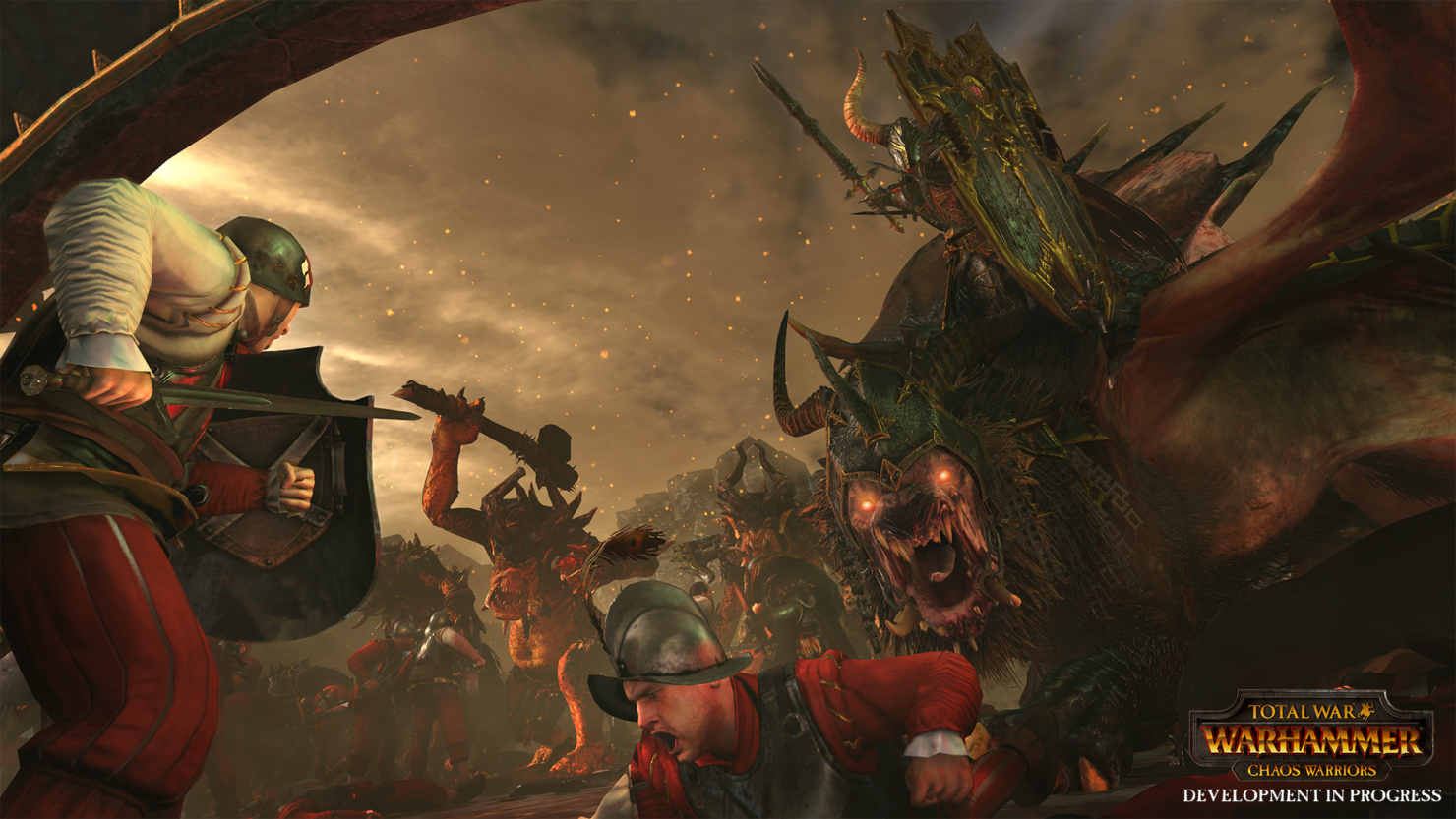 Creative Assembly has been working hard on the first post-launch update for Total War: Warhammer. The patch is available now and will introduce the following gameplay changes:  five new battle maps in multiplayer, unit rebalancing across the Old World, harder sieging against the AI, nerfed agents and... Blood Knights.

Once the order of The Knights of The Blood Dragon, these noble warriors were dominated and given The Blood Kiss by the vampire Walach of the Harkon family. In undeath, their skill is no less potent: they are among the most powerful cavalry in The Old World.

Tier 5 Shock Cavalry, Blood Knights arerecruitable from the Vampire’s Keep building (along with the Black Coach). Heavily armoured and shielded with a high Charge Bonus, they smash into infantry with ease, and with the Anti Large ability, they are apt to take on larger foes. They also have the Frenzy ability, meaning they deal more damage as long as their leadership is high. Blood Knights can also be directly improved with two technologies: Turning Knightly Orders (bonuses to Melee Attack, Melee Defence and Charge Bonus), and Delusions of Grandeur (Upkeep and Recruitment Cost reductions).

There's good news for those who have been waiting to try DirectX 12 in Total War: Warhammer, too. This update adds an opt-in beta for those interested; Creative Assembly clarified that there are still some outstanding issues that need to be resolved before it's fully integrated in the main build.

You can read the full changelog here. If you're still on the fence about the game, read our review and find out why our Chris thought that "Total War: Warhammer is the most exciting strategy game to come out in a long time".