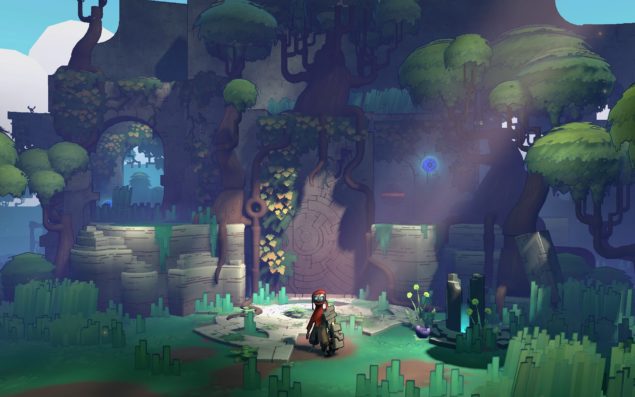 It's been quite a while since we've heard anything from Torchlight devs Runic Games. After launching Torchlight II almost three years ago, they went pretty much dark until today.

Their official website now has a link for Hob, a PC/console game that will be demonstrated for the first time at PAX Prime (which makes perfect sense, as Runic Games has its HQ in Seattle). Here's the official description of Hob along with a few screenshots and a short trailer:

The darkness rumbles to life.

Dappled forest light beckons you from your chamber, entering an unknown world both beautiful and dangerous, buzzing with life above and whirring with mysterious machinery below.

Hob is a vibrant, suspenseful adventure game. As players delve into the mysteries around them, they discover a planet in peril. Can it be mended, or will the world fall further into chaos?

Hob is presented without text or dialogue. Narrative is revealed as players explore and interact with their unfamiliar surroundings and the strange life forms that inhabit it. The third title from developer Runic Games, Hob is being developed for PC and console, featuring smooth controller gameplay, multi-layered puzzles, and striking visuals.

This seems to be a significant departure from Torchlight in terms of genre. Stay tuned and we'll keep you updated on the game.