You may have heard of a game called Raven's Cry. It was being developed by Reality Pump and published by Topware Interactive, the same combination that brought gamers the decent Two Worlds II. 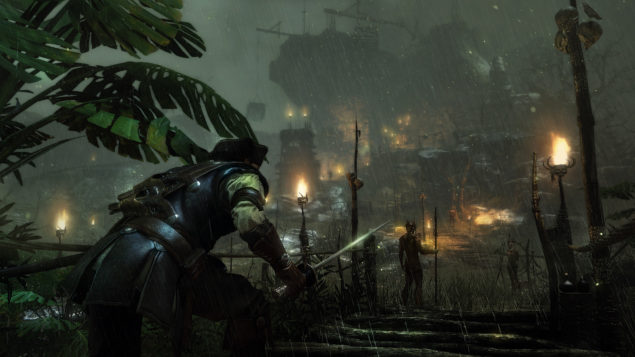 After a long development time, the pirate-themed game released on January 30, but the reception was quite bad due to many bugs and issues.

However, it looks like they're not giving up. After some silence, Topware announced yesterday that they're releasing Vendetta: Curse of Raven's Cry very soon.

Here at Reality Pump Studios, we are excited to announce the completion and upcoming release of our dark, bloody pirate epic, Vendetta: Curse of Raven’s Cry.

After an almost seven year-long cursed development, we are finally ready to unleash Vendetta: Curse of Raven’s Cry as it was meant to be seen and played. Development for Vendetta began way back in 2008, and has seen every game pitfall imaginable. Even Christopher himself, actor Mark Strohman had an infection that traveled into his brain, almost landing in Davy Jones’ Locker himself during MoCap shootings. It’s been a long and wired journey, but after all the time and all the setbacks, we are proud to say that the game is close to be finished and we launch the new website today!

There's life in the old dog yet - stay tuned! Vendetta: Curse of Raven’s Cry will be available for Windows, Linux, Steam OS and Mac OSX. 50+ hours of game play, over 360 characters, more than 500 quests, 120 minutes of cinematics, authentic weapons, locations and ships, a free-flowing melee combat system and intense naval battle action await you in this sprawling role playing adventure. Every choice or deal has a price, and yours will dictate your journey, and your fate.

The official website provides a full lowdown on the improvements players can expect in Vendetta: Curse of Raven's Cry.

The good news is that Vendetta: Curse of Raven's Cry will be free for existing owners of Raven's Cry. Stay tuned as we bring you more details while we get closer to launch.