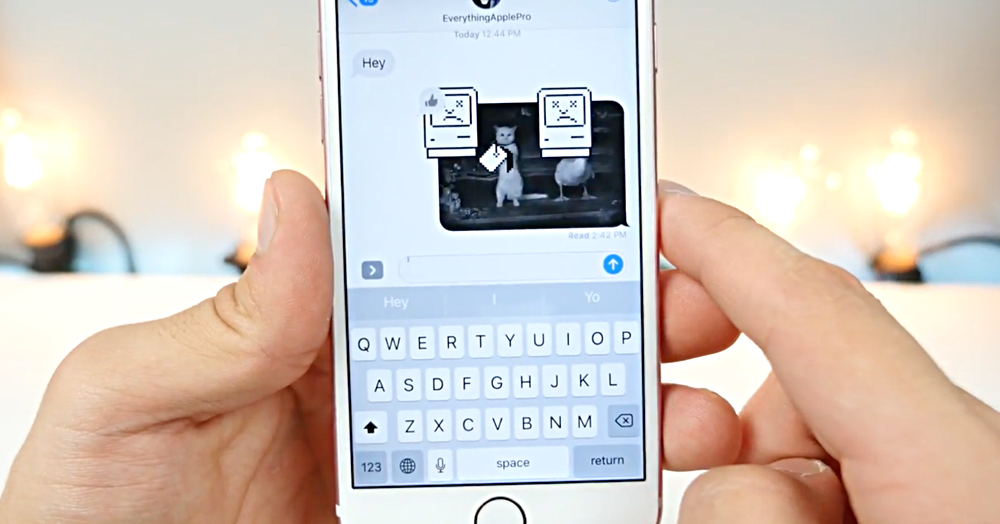 Here are the top 50 hidden iOS 10 beta features which every iPhone, iPad, iPod touch user should know about right now.

During its opening WWDC 2016 keynote, Apple went through only ten crucial iOS 10 features, ensuring people get a straightaway glimpse at the most obvious changes in the OS. But of course, there are a ton of features lurking around in iOS 10 which Apple didn't talk about since there was no time to go through each and every single one of them.

A new video has surfaced on YouTube by EverythingApplePro that highlights 50 of the best hidden iOS 10 beta features, and you can check it out below. The video is above 10 minutes in duration therefore we recommend grabbing a cup of coffee to go along with it.

As you can see, there are a lot of things which Apple 'missed' at the keynote due to the lack of time and course, in the courtesy of keeping the audience's interest. Although we did cover a few of the hidden iOS 10 beta features before, but this video takes the cake in demonstrating everything that is hidden away from plain sight in iOS 10.

iOS 10 is a major release compared to everything that came before it. Apple made some bold changes in terms of design and user experience, ensuring things are at a top notch level whenever a user picks up their iPhone, iPad, iPod touch.

Of course, iOS 10 is in its beta stages for now, which means not everyone can get their hands on it right away. But thankfully, Apple will be running a public beta program in July through which you can download and install iOS 10 and macOS Sierra betas for free. If you're looking to sign up for that program right away, then be sure to check out our post regarding it here.

If you're a registered developer with Apple, then you can download and install iOS 10 beta right away. The process is fairly simple, and you'll also be pleased to learn that you can even install iOS 10 beta on your iPhone, iPad, iPod touch without downloading the entire IPSW firmware file. This is absolutely handy since you're not required to connect your iOS device to your computer at all for restoring to iOS 10 beta. But if you're looking to downgrade from iOS 10 beta, then you have to turn your rudder towards your PC or Mac.