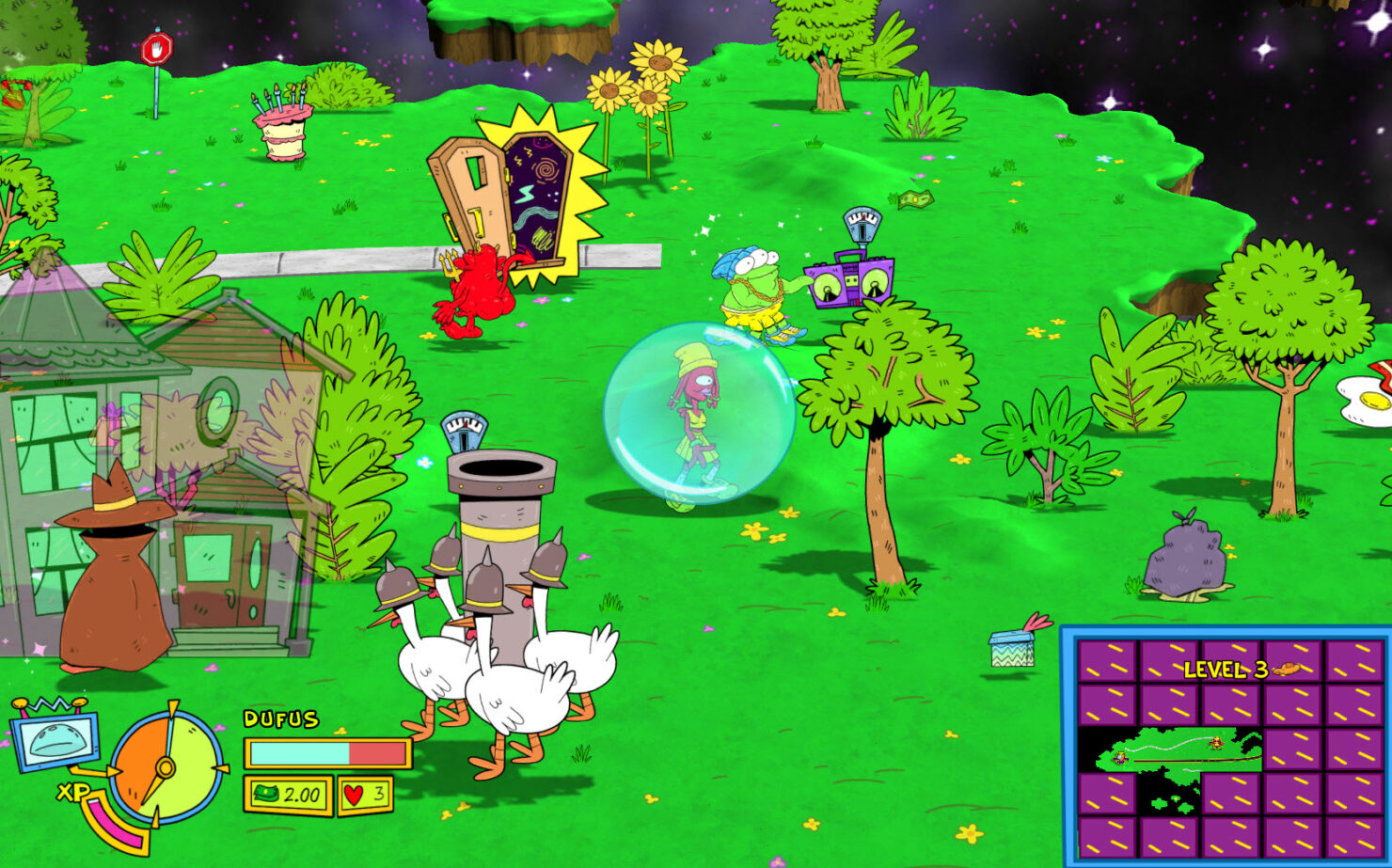 The retro-inspired platform game Toejam and Earl Back in the Groove, in development for PC and consoles, has been delayed, the team confirmed.

In a new Kickstarter update, it's been confirmed that the game requires additional development time to be a quality and solid product.

Hi Gang,
Greg here with a quickie update to keep you all posted. First, my apologies - I know it's been a while since we've given an update to all you backers. Thank you all for your patience and understanding. I know you want to know, "when do we get the game!?"

We tried super hard to get ToeJam and Earl: Back in the Groove out in 2017. Game development is an inexact science and it's our priority to deliver the best, most solid game we can. To get the game across the finish line we need to push into 2018, but rest assured we are working our butts off and you guys are going to get an awesome game.

Thanks for the continued support and keeping the faith! We're working so hard over here and will have additional updates over the coming weeks and months.

Toejam and Earl Back in the Groove will be the ultimate Toejam and Earl sequel, taking everything that made them original Sega Genesis game so unique while adding more modern features. The game is currently in development by Humanature Studios, which has been founded by Greg Johnson, co-creator of the original 1991 game.

Crash land on Earth and protect yourself with funky power-ups against dangerous Earthlings on an adventure to find all the lost pieces of the Rapmaster Rocketship. Play with up to three of your friends online or couch co-op and discover all the secret locations and powerful tools. ToeJam and Earl probably shouldn't have taken the Rapmaster on an intergalactic joyride, but at least they'll find all the pieces of it before Lamont notices that it's missing ... right? Right.

Toejam and Earl Back in the Groove launches sometime next year on PC and consoles.