More free games for your recreation.

Explore infinite space with your ship. Mine planets and asteroids for resources. Craft new parts and find blueprints on abadoned planets. Find space stations to get fuel.

Enjoy minimalistic graphics. Everything is animated. No sprite is used in this game.

The game is on the beginning of development and with help of community i can add anything you want. Send your suggestions and also your idea can be implemented. New stuff every week. 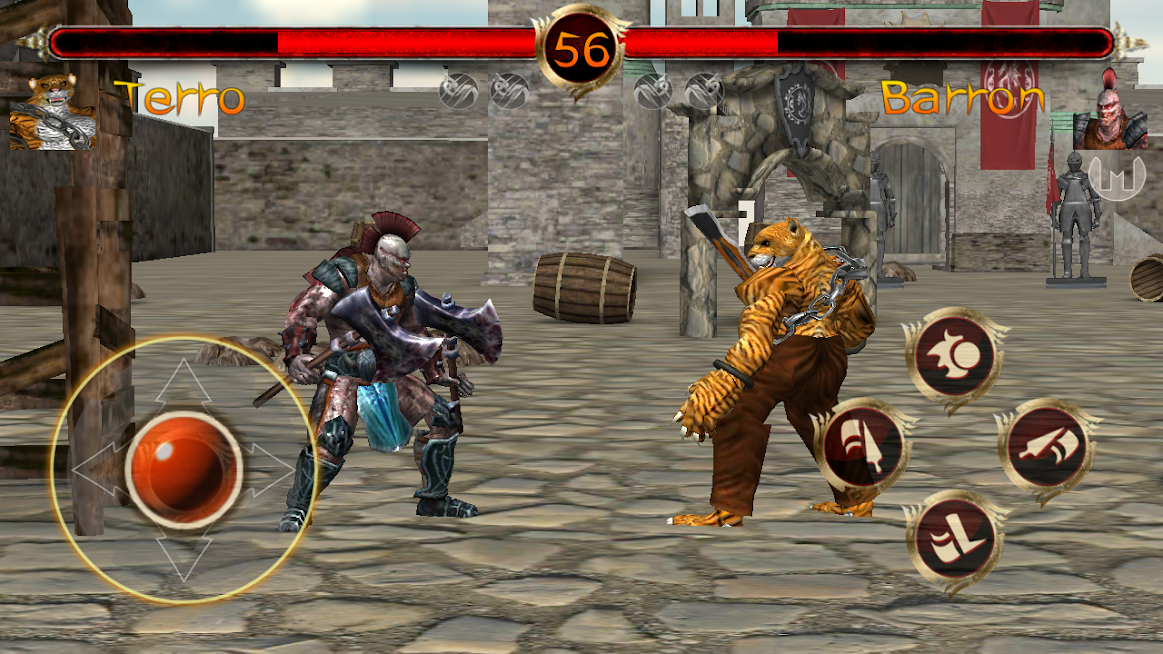 ******************************************
• Enjoy our action game for free on your Android device.
• Great 3D graphic and realistic sound effects.
• Be ready to go to war and defeat mighty Bosses and other fearsome warriors as your opponents.
• Train your karate and kung fu fighting skill. Some MMA fighting skill will be useful too!
• Upgrades your weapons and armors to win the war.
• Face off best fighters of different era including Roman Gladiator, Deadly Ninja, Dragon Fighter, Army Lady, Boxing Wrestling Girl, Giant Demons and Future Metal Steel Robots.

Remember that each street fighter has its own weaknesses and strengths. Each battle is different, so stay focused when you play our action game. 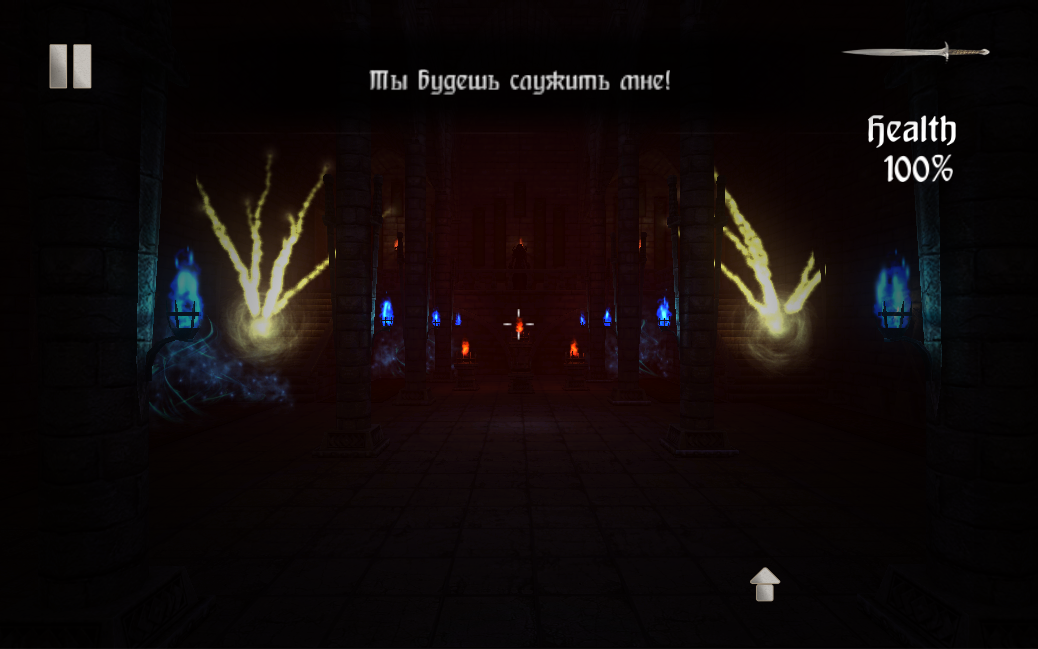 Action horror with RPG elements where mysterious corridors and dungeons, a lot of sinister monsters and quests are waiting for you. You'll have to find out where the evil is born and if the Stone Of Souls is the only artifact. Maybe it is just a part of single whole, united evil.

I came into this old and mysterious castle emitting a death smell to find a sinister stone of souls and to stop the necromancer. It is rumored that the castle has many underground corridors where terrible rituals are held. I’m facing a hard way where I have to stay alive as nobody has survived here. It’s time to put an end to the necromancer’s violence terrifying the whole neighborhood! 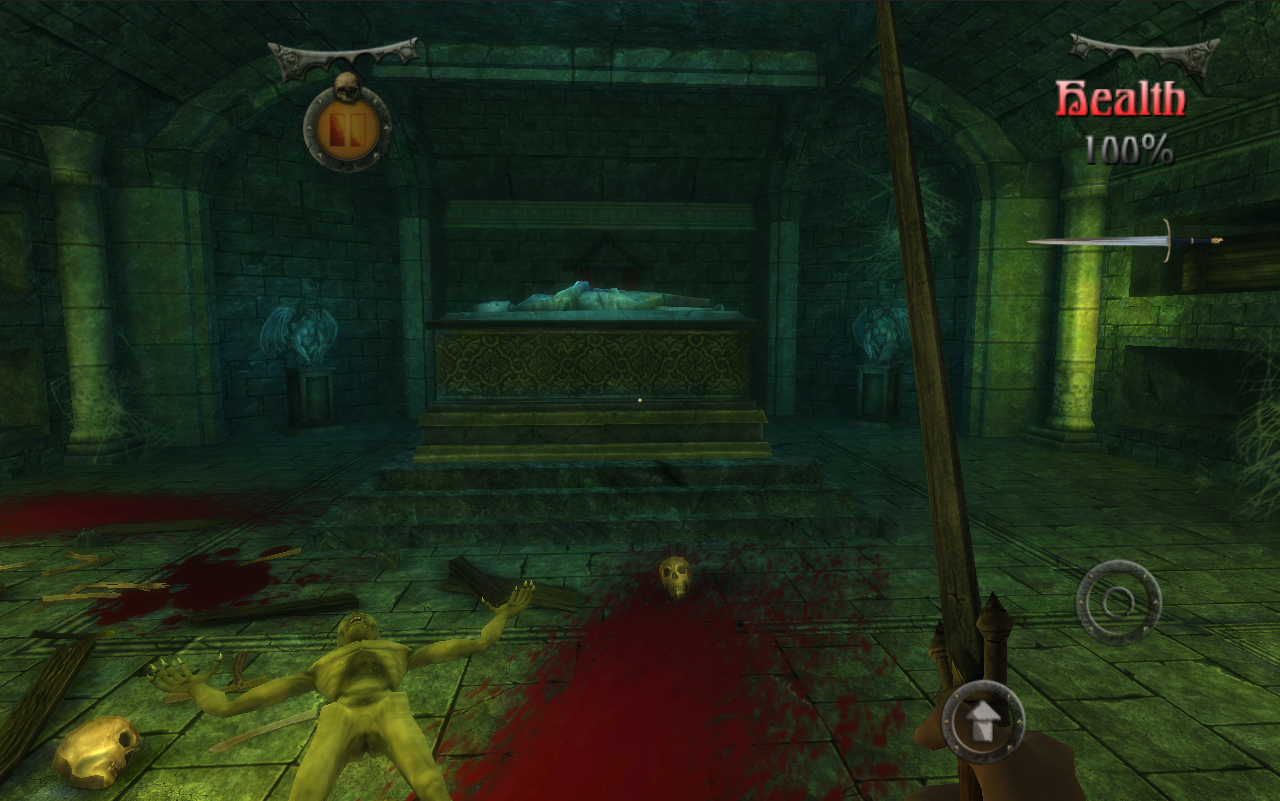 I found the first necromancer on the east, deep in catacombs of old castle. He was not waiting for me, so I got Stone of Souls quite easily. But as soon as I got it, I felt that it was only one part of the artifact, I have to find another three pieces to gather these relics into one artifact and stop all the madmen who summon evil spirits from the world of dead. 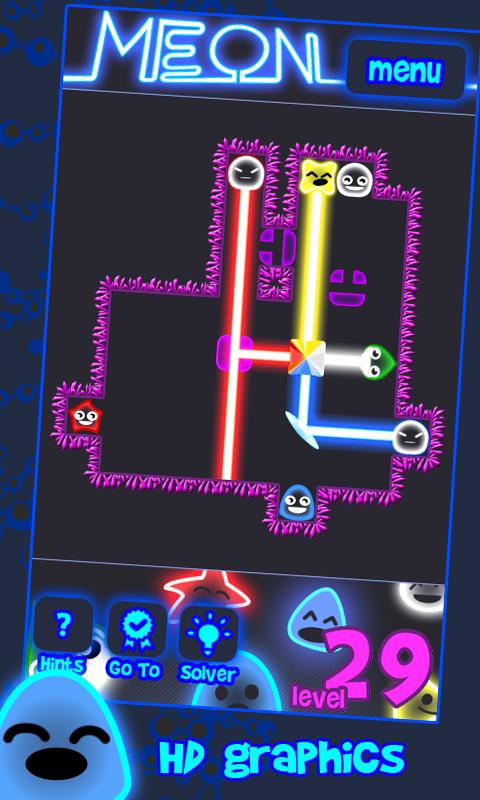 Meon is a cute and addictive puzzle game.

In 1997, Professor Tagishaki, from Tokyo Quantum Mechanics Institute, found new elementary particles that he called Meons. In this puzzle game, you must solve more than 120 levels to free Meons. Use Laser, Prism, Splitter and other various tools to light all the Meons and solve the Light Quest! 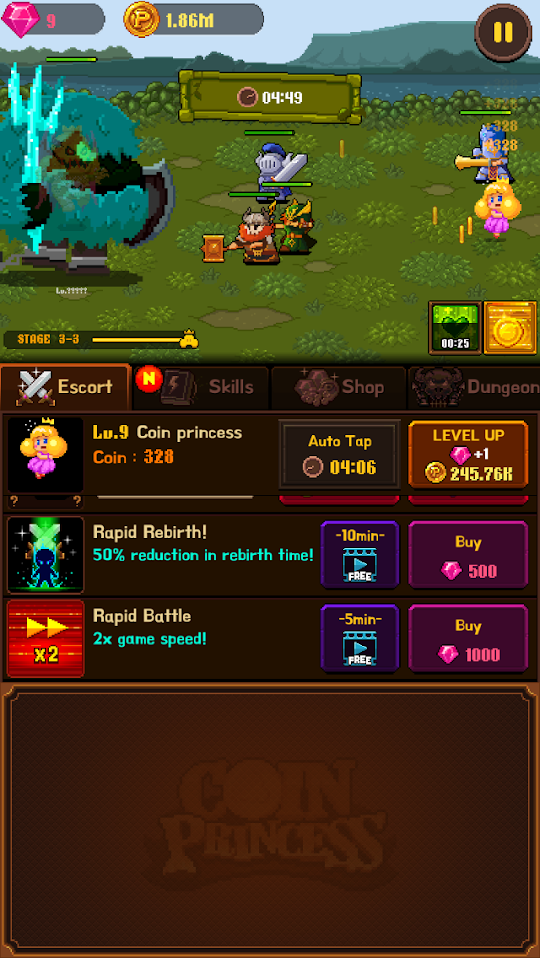 The game is a kind of retro trend and has dramatic story and ending!
New Horizontal RPG game!

The game is pleasant to your eyes and ear!
Coin princess! 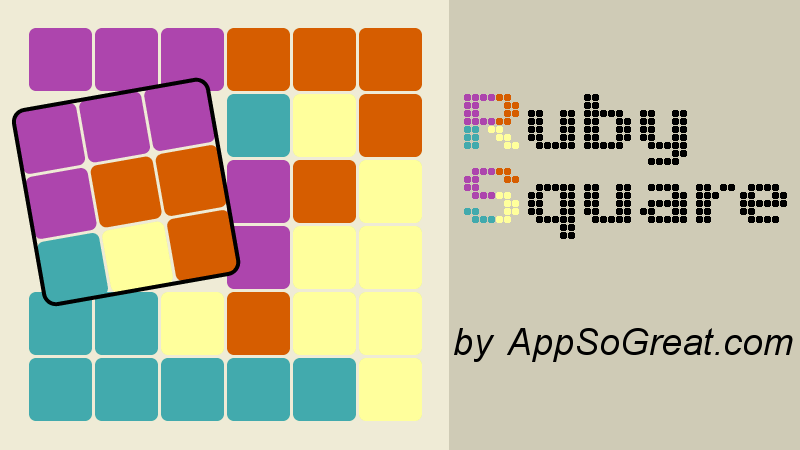 Main features:
✔ Ruby square gameplay: the goal is to match a targeted pattern by rotating blocks of squares on a shuffled board.
✔ Hundreds of levels: the game has currently 8 different stages with various difficulties, each with 50 to 100 levels. In total, no less than 700 puzzles to solve.
✔ Various difficulties: choose between Easy, Medium, Hard or Extreme levels, depending on how good you are. Various block sizes (2x2, 3x3, 4x4) and board sizes (16 to 64).
✔ Compare scores: each level shows the world average moves to solve that. Can you master them?
✔ Color-blind friendly: Ruby Square uses a colorful palette that is colorblind thus friendly for those with impaired color vision. Ruby Square sharpens your mind, while relaxing your eyes.