Here are some free games to help you get through the week. 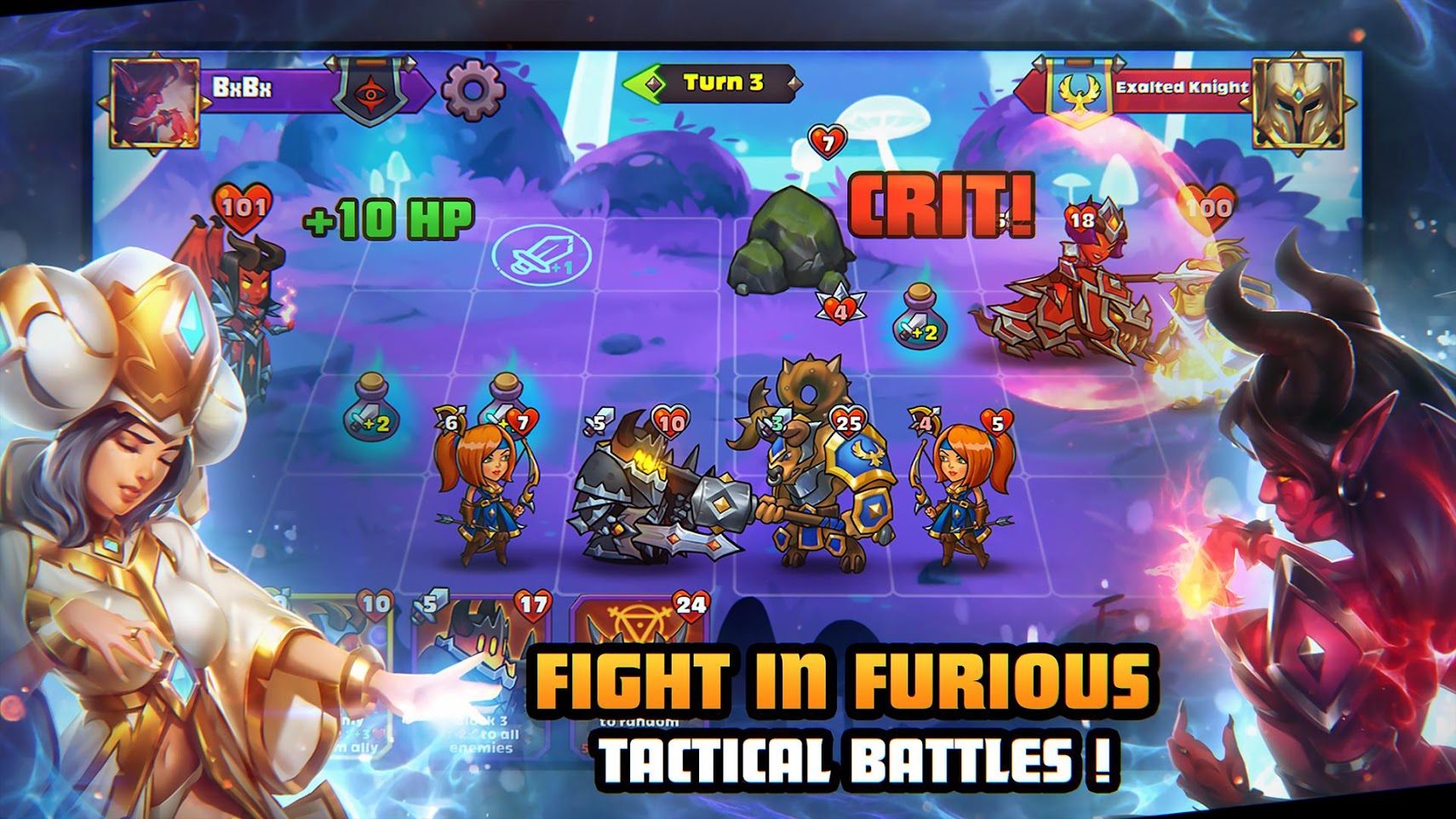 Game features:
Prepare for fast, dynamic and fun battles. Implement real combat strategies and battle in this RPG Card game step by step. This game is suitable for all kids who love to destroy enemy castles like real-life castle crashers. They’re sure to love our top-level art and quick, fun matches.
Try new combinations from new players in every game. Try PVP (player versus player – 2 users) mode. Each strategy is unique; take part in real wars to defend your home.
Discover Epic Warlords and their unique fighting strategy in this card battle game. Be a mighty savage or a noble knight!
A variety of exciting PVP modes (Brawl, Arena matches, Ranked Battles, Survival, Raids, War of Clans, Tournaments, Events and even more with 3 or more players). Win awards in each of these games.
Tired of fighting against other players? Try the single player campaign with its monster hunt game mode! Join a mighty hero in his war against monsters and write your own story in Magic Card wars.
Try guild Wars. It's full of truly epic royale battles! Here you have to fight your rival for strategically important and valuable territories and trading. This is an epic battle where heroes become top legends and destroy their enemies!
Level-up your best mighty heroes or bind them to other heroes, do anything you want to upgrade their skills!
Become a clan member and destroy other clans in the ultimate battle. Rise to the top! Become the KING of the CRUSHERS

Fight fun battles in the royale arena, duel other players in PVP and unlock war legends! Destroying enemies is fun! The game is available for free both online and offline (no wifi). These Duels are not for kids! Discover, upgrade and charge new battle heroes, order chests, and clash with other users in PVP mode.
This turn-based tactical card battle RPG and these heroes will work their way into your heart! Try magic cards on your Android device online and offline (Internet not required) mode. Cause some real chaos! 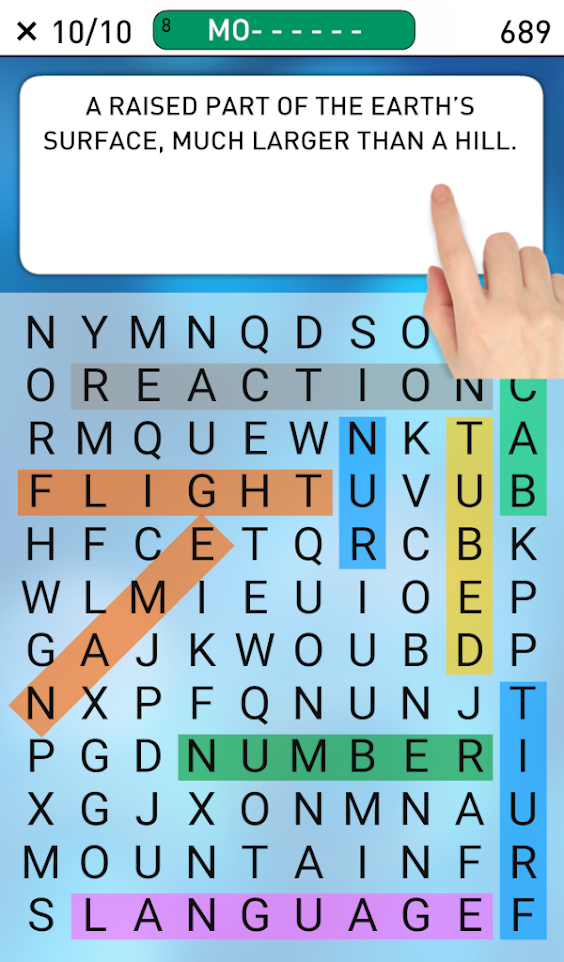 Do you like original word games? Then check out our game Guess & Find PRO!

Guess & Find PRO is a combination of guessing and word search game, in which you must at first guess what word is explained by the definition shown on the screen and then you must try to find this word on the board of letters!

Will you make it into TOP20 highscores?

Don't want to play under pressure of time limit? Then check out our relax mode!

How to play:
1. There will be a word definition shown on the screen and a hidden word above it.
2. Think and once you are sure which word belongs to the definition, try to find it on the board! Simply move your finger over letters to select words!
3. If you need a help with guessing the word, you can use 3 hints, just tap on a PLUS button next to the hidden word. For each hint used you lose 15-20-25 points/seconds.
4. For each found word you get 25 points.
5. Complete all 10 rounds with the best score possible!

Features:
* Original word search guessing game for all ages
* 2 game modes - challenge and relax
* Submit and review points of other people (no registration)
* Share your score
* Learn new English words, vocabulary and their definitions in an entertaining and challenging way
* No ads, no In-App purchases
* Hundreds of English words included

We hope you will enjoy our new game Guess & Find PRO!

Thank you for choosing our games! 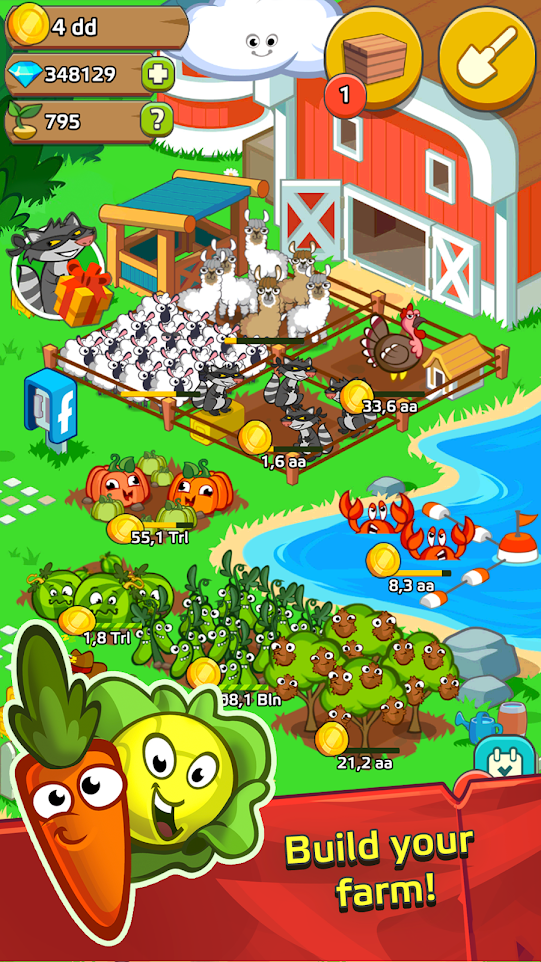 Forget about endless grind and other boring routines! ”Farm and Click” is all about one thing that really matters - farming!

This is a new generation of idle clicker! Harvest crops, feed and raise your animals, upgrade your tools to produce even more goods! Tap! Harvest! Upgrade!

WHY “FARM & CLICK” IS SO COOL?
- You can grow the weirdest animals ever! Not just the regular pigs, chicken and cows. We are talking about dragons and unicorns!
- It is all about fun! Pure farming experience with funny crops and simple gameplay.
- Awesome art and animation! Best idle miner ever!
- That’s a revolution in farm simulators! Tap away all your sorrows!
- There are a lot of upgrades!
- Idle clickers are awesome! So join the big community of fans of this genre! Upgrade endlessly! Swipe, click, tap and swipe some more!
- We made this game with love and care 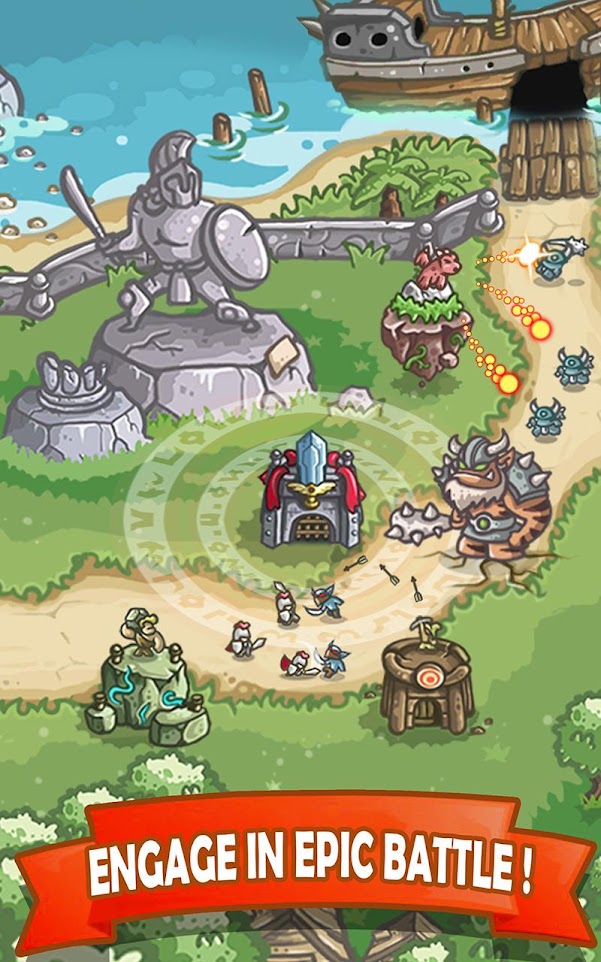 - POWERFUL TOWER SYSTEMS: 5 basic tower systems including Archer, Knight, Ston God, Magic Dragon and Gold Tower, can be upgrade to 4 levels.
Specially, the tower system is also upgraded by the stars in each battle,you can customize each tower with each of the various enhancements such as increasing power, reducing countdown time, etc., you can reset it with each battle when applying different strategy.

- CHALLENGE MODES: Campaign, Daily Trail and Tournament is 3 modes in Kingdom defense 2. You will have to use the different strategy to win in different mode.
Campaign mode: over 20 levels to conquer, 3 level of difficulty to you choose: Easy, Normal, Hard.
Daily Trail & Tournament mode: The more challenging, the more prizes.

- LEGENDARY HEROES AND WARRIORS: You will not only build tower, but also summon heroes and command heroes in epic battle. Empire Warriors has a variety of heroes, such as Galahad, Ashi, Wukong, etc., with special skills that will help you win!

Are you a fan of Tower Defense game? You have played many TD game like Kingdom Rush,... Download Kingdom Defense 2: Empire Warriors today, great game for you. 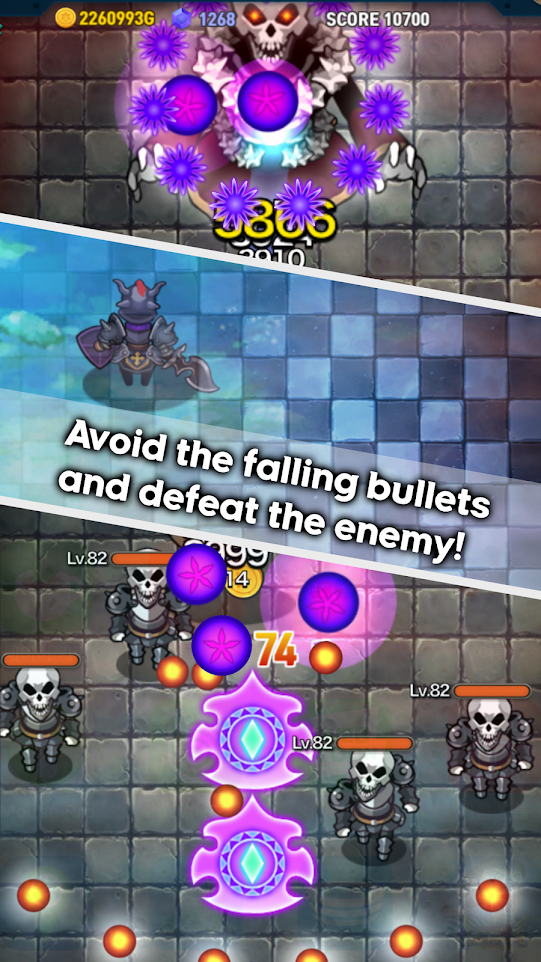 One day when humans and monsters were living together,
Man and monster started the war in the invasion of the devil who wanted to dominate human
The monster's power grows, and a hero appears to save the human slaves.
The hero has succeeded in bringing down the devil, but he is lost the memory in the curse of the devil.
Where are the heroes ....

We have a richer volume game with over 100 hours of playtime
Each time you clear the story, you'll see a more difficult level
Difficulty levels are in the order of Normal -> Nightmare -> Hell 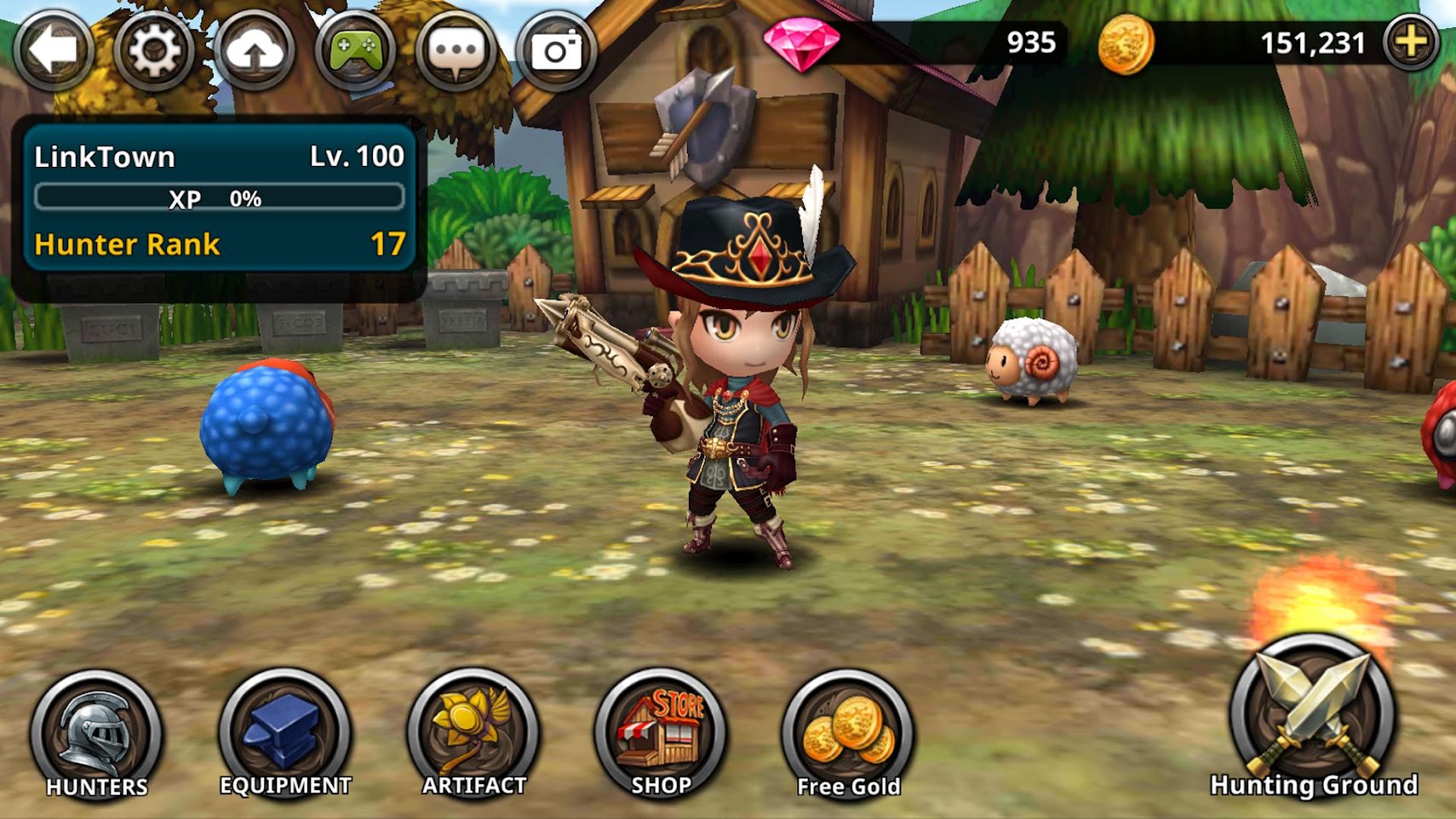 Demong hunter is a single play action fantasy game.
Focused on the Hitting, shooting, and controlling, Does not support the auto-play.
6 characters [paladin],[Fighter],[Archer],[Hunter],[Sorceress] & [???] , including. 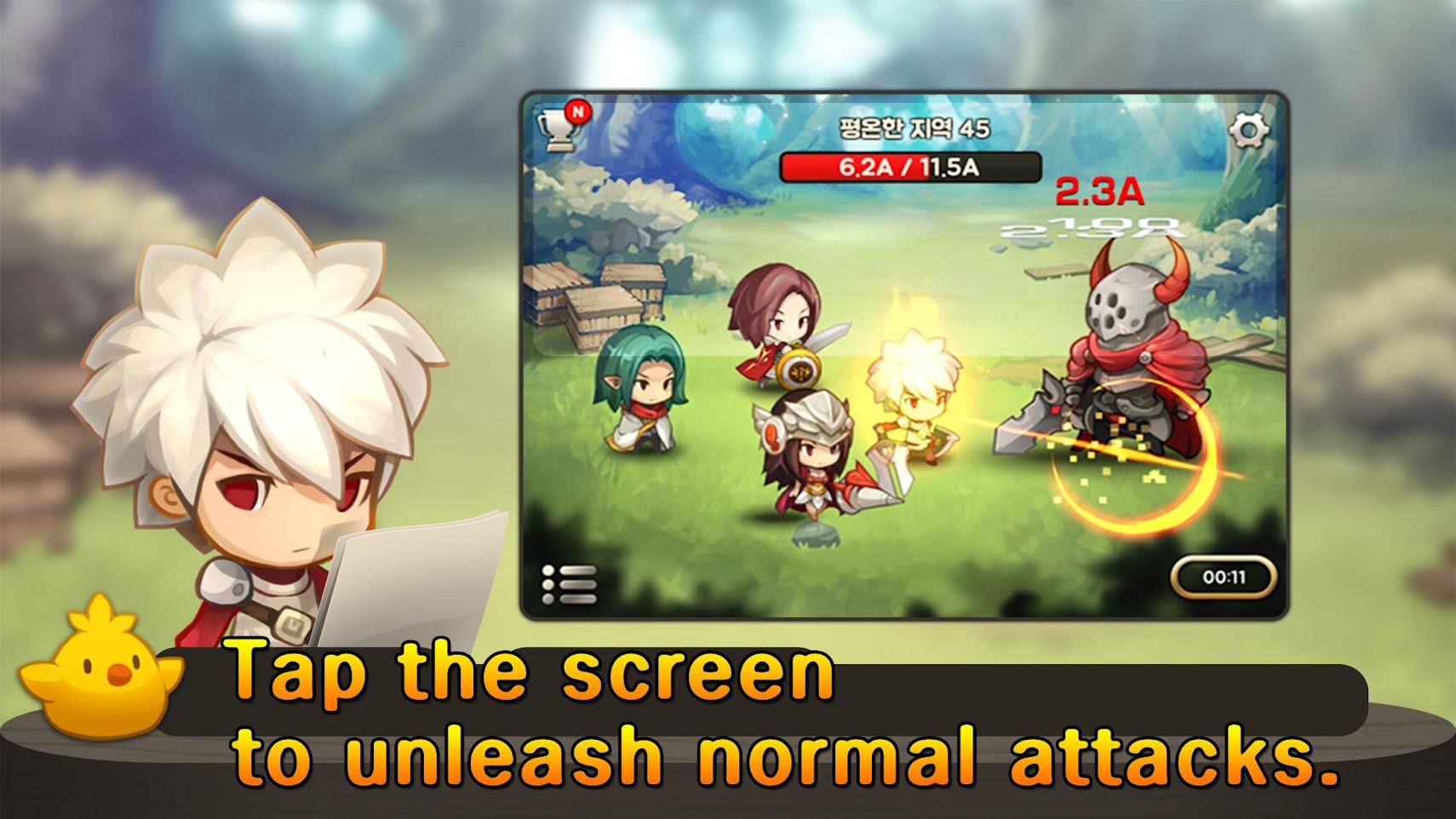 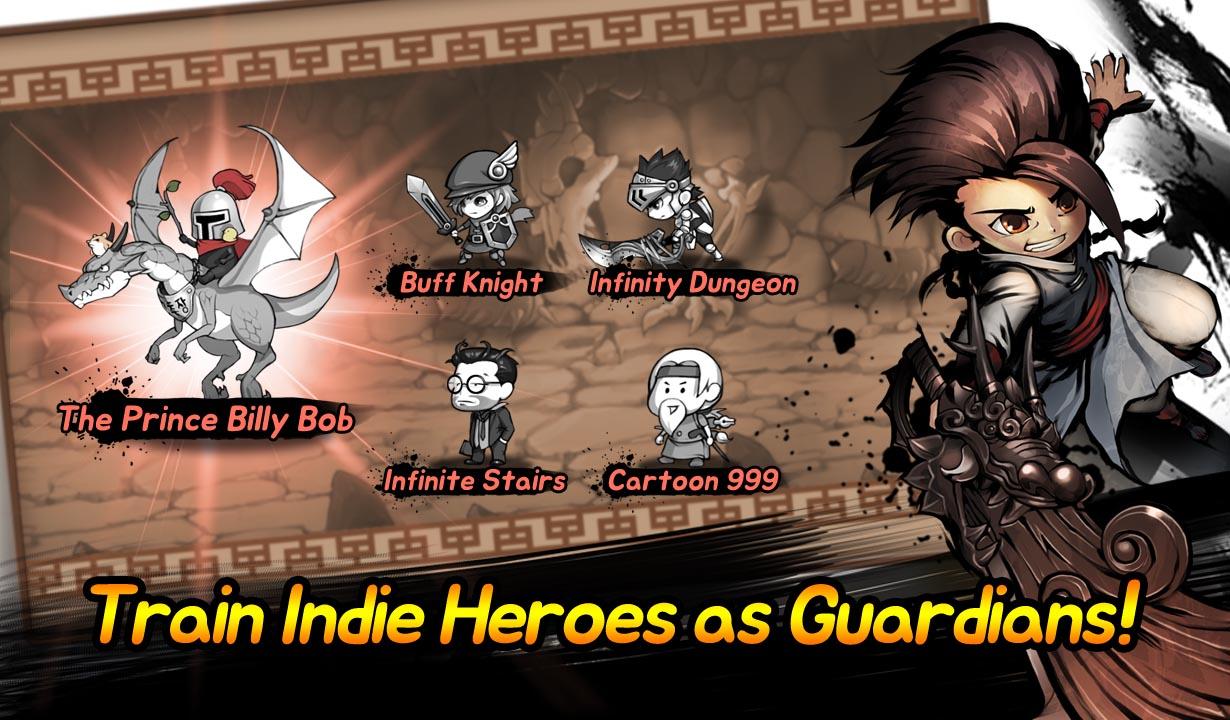 ■ Your Heroes continue to battle even while you are away!
■ Indie Game Heroes become Guardians!
■ Famous characters from books!
■ Dual support for both Landscape and Portrait mode play!
■ VIP version benefits: Reward 100 gems + Remove benner.
(Compensation video ads will not be removed.) 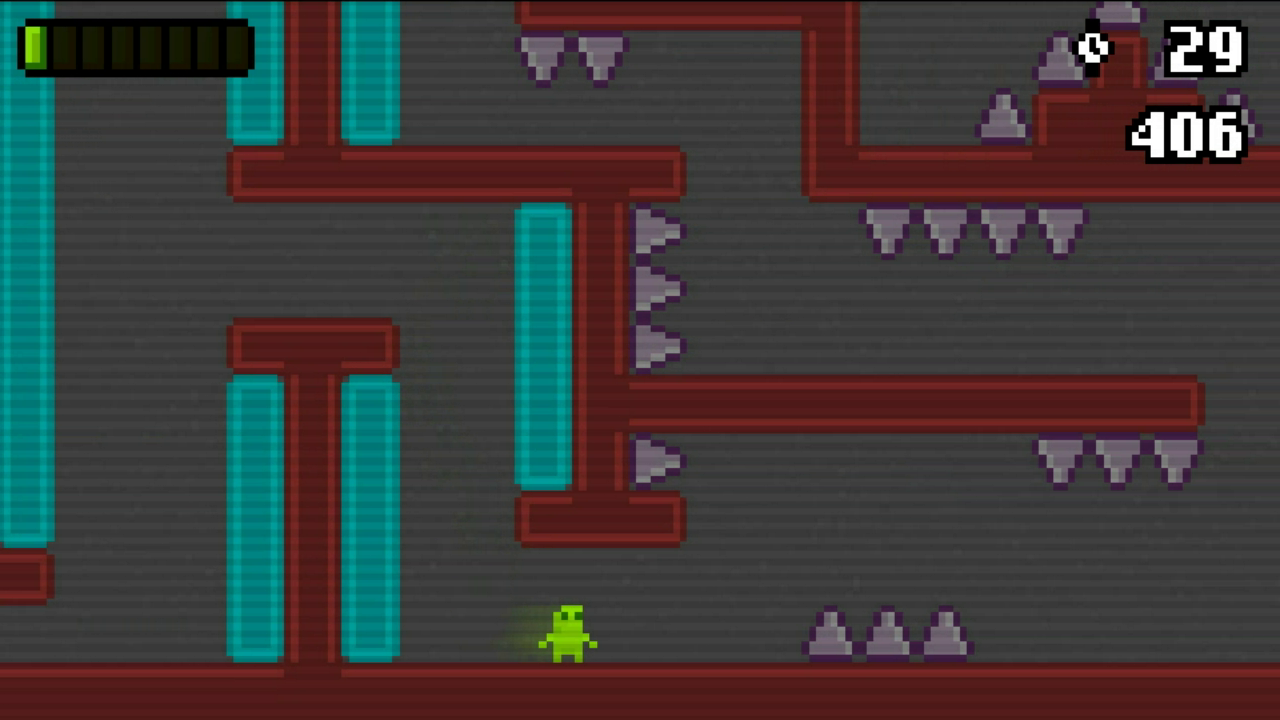 A free DEMO is also available (see our other apps).