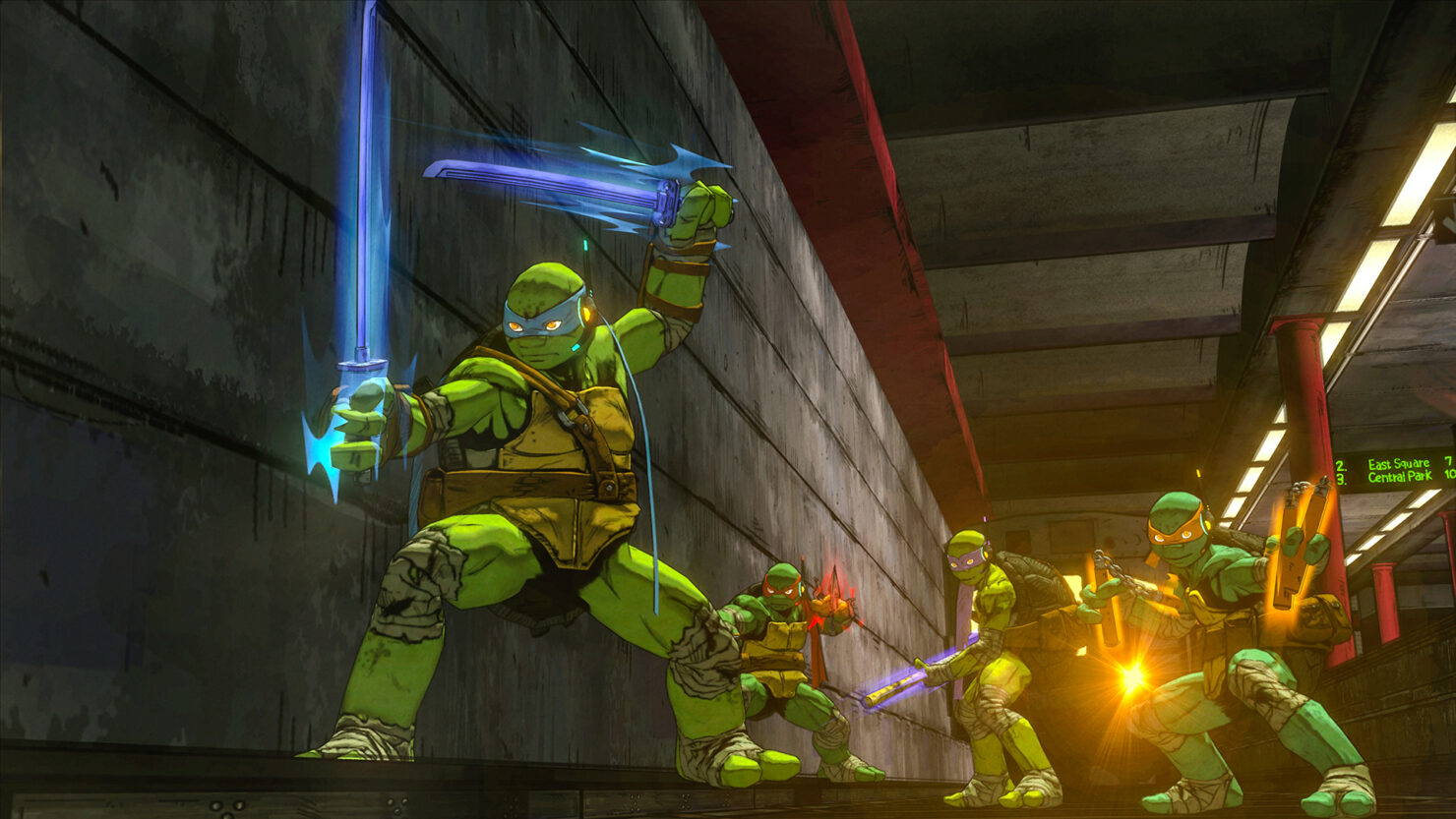 After the release of Transformers Devastation, which proved to be a rather solid effort from Platinum Games, players all over the world are very excited for the soon to be released Teenage Mutant Ninja Turtles: Mutants in Manhattan, launching tomorrow in all regions on PC and consoles. Unfortunately, it seems like Teenage Mutant Ninja Turtles are in for a rude awakening, judging from early impressions.

NeoGAF forums member X-Factor has managed to get an early copy Teenage Mutant Ninja Turtles: Mutans in Manhattan, revealing some previously unknown Teenage Mutant Ninja Turtles: Mutants in Manhattan details. According to this user, the game's environments look repetitive, with all areas being, with rooms and corridors looking the same. The gameplay experience also seems to be quite repetitive, with online play making it slightly more interesting.

Ok. I finished the game now.

There is one extremely lazy stage where you go through one corridor, fight a previously beaten boss, one-by-one, rinse and repeat, and that was the whole entire level.

Cons:
- a lot of environments look the same. Various rooms and corridors you enter look identical.

- most of the game takes place in dark areas, except for the one stage that has a daytime outdoor area.

I would not recommend this game at all overall.

I played a bit online. It is hard to find players because the game is not officially out but I played in two games. One with a party of 3, and one with just another player. If you insist on playing this game, I would do the entire thing online co-op instead of single player.
Overall I would still not recommend the game.

X-Factor also noted that playing Teenage Mutant Ninha Turtles: Mutants in Manhattan on the Very Hard difficulty setting to bring some small changes in stages, such as Rocksteady joining Bebop in the first stage and more. Sadly, it seems like the excellent Challenge Mode from Transformers Devastation is not in.

On Very Hard mode on stage 1, Rocksteady will come and help Bebop fight your team when Bebop gets down to around half health.

The only modes in the game are Story Mode, Online Multiplayer for Story mode (can select stage and difficulty), and Tutorial.

There are unlockable comic book covers in the gallery, and some unlockable special skills if you buy them with battle points. Some abilities take so many BP to unlock that I would not bother slogging through this game that long.
I would give it about a 5.5 out of 10.