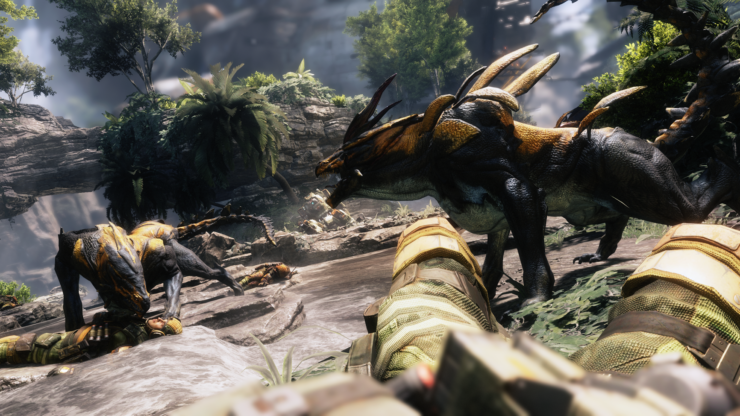 It looks like several PS4 Pro consoles are in the wild, not just one. Now, Neogaf user kubinsky was able to snatch one of the new consoles in Germany and posted the first Titanfall 2 PS4 Pro screenshots (downsampled to 1080P) as well as some first overall impressions.

Until now it's very quiet.
The physical power/eject buttons are strange, it's some sort of flexible plastic that bends when you press it. Titanfall in 4K (or checkerboard whatever) and hdr looks really nice!

Indeed it does and finally, even console gamers can witness the beauty of 4K gaming. To be more precise, Titanfall 2 PS4 Pro does not run natively at 4K and we don't know exactly the native resolution yet, but we do have an overview of the improvements that can be expected on Sony's new console thanks to Respawn's Executive Producer Drew McCoy.

We’re able to increase the resolution, we have high-res shadows, and maybe higher particle counts. The frame rate is more stable; we have dynamic resolution scaling on all consoles, but it scales down less often on PS4 Pro to maintain 60 frames-per-second.

And the visual enhancements are significant, as you can see for yourself in the following comparison GIFs with Titanfall 2 running on the original PlayStation 4. To put it bluntly, it's a bit like removing cataract from your eyes - everything on Titanfall 2 PS4 Pro is that much crisper.

Titanfall 2 released on October 28th to disappointing sales (as predicted by research firm Cowen & Company and pretty much everyone but Electronic Arts), but a strongly positive critical and user reception. It debuted only at the fourth spot of the UK sales chart.

Did you buy the game so far and if not, are you planning to do it later this year? If so, for which platform? Let us know in the comments.