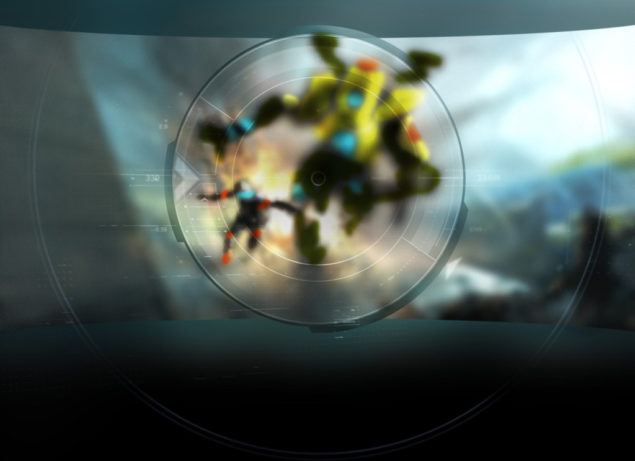 We got the first look at Titanfall 2 just yesterday, when Electronic Arts shared the first teaser trailer of Respawn's new game.

However, the official website of the game might have just provided a clue about what could be one of the biggest new features in Titanfall 2. The background image (posted above) has been extracted and made clearer through editing software and the result is what looks very much like a wall running Titan.

Would you be interested in such a thing? Let us know in the comments. Another addition noticed in the teaser itself is that Titans will also have swords, suggesting epic melee fights during gameplay.

Titanfall 2, due for a worldwide reveal on June 12 during EA's E3 2016 conference, will have a full fledged single player campaign. This is how Lead Writer Jesse Stern, who also teased a potential TV show based on the franchise, described it:

So we are doing our best to deliver a vision of grand global colonial warfare retelling the story of the American Revolution and the American Civil War in space. We imagined the next generation of immigrants moving out to the new frontier of an inhabitable planet. Rather than taking a traditional sci-fi approach to that we wanted to look at how that would happen practically, what the ships would look like and with machines that were designed for excavation and construction, demolition and working the land, and what happens when they are turned into instruments of war.

What inspires us is the junction of technological advancement with the inevitability of conflict and war and what the next war might look like. In Titanfall 2 there will be a lot of [scenes] where science meets magic, but keeping it grounded and dirty and human and real.

It sounds like Titanfall 2 might be quite different from its predecessor. Stay tuned and we'll bring you all the details on this game as they are revealed.