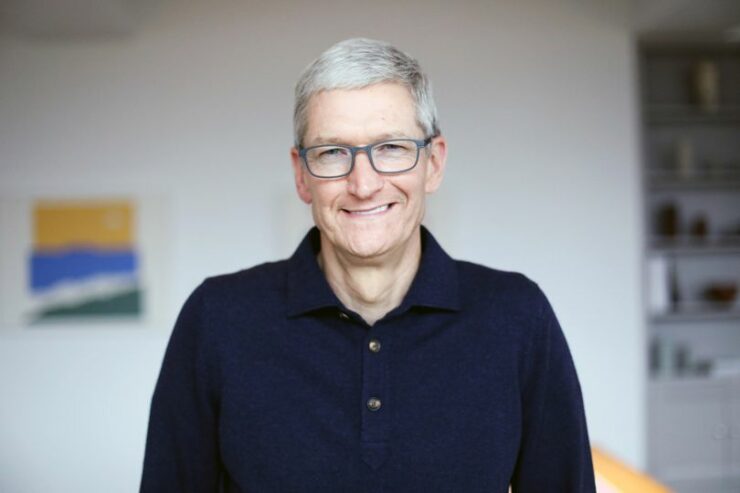 When it comes to augmented reality, Tim Cook never sits back on promoting its utility. The company officially introduced its ARKit in iOS 11 which has immense potential in achieving operations that were previously not practical. In Tim Cook's latest interview with Vogue, he touched various aspects of AR technology and how there isn't any industrial sector that would not be linked to it as time goes on. So let's dive in to see some more details on what Tim Cook had to say about the augmented reality platform.

Tim Cook Speaks About AR Technology And Its Potential For Companies

Tim Cook suggests that the technology would transform everything ranging from shopping to fashion runways. We have already seen various companies which are making use of the technology in order to make consumers aware of their products. One major example in this regard is IKEA, which has developed an app that allows users to see which piece of furniture will look good in a certain place. In terms of shopping, Cook believes:

“It will also take some time before we’ll be able to scan and identify other women’s coats on our phones. Cook says the company has no plans to build the giant database of clothes, shoes and other goods that would make it possible. But Apple does plan to support companies who might embark on such an endeavour, he said. ‘We don’t have a plan to collect all of these objects, but I know companies who are working on that for their products,” Cook said. “If you think about companies that offer a fair number of shoes, and [if a customer] sees a shoe and goes I want that one, you just want to point and [buy]. That will be a part of the shopping experience of the future, it absolutely will.'”

Tim Cook also talked about the ultra-hyped smart glasses which would rely heavily on augmented reality. He touted that the technology itself does not exist in a quality way. He did not give any serious hints if the company was indeed working on AR smart glasses.

“There are rumours and gossip about companies working on that, and we obviously don’t talk about what we work on. But today I can tell you that the technology itself doesn’t exist to do that in a quality way,” Cook said. “We don’t give a rats about being first, we want to be best in creating people’s experiences. Something that you would see out in the market any time soon would not be something that any of us would be satisfied with.”

Judging on the bases of comments that Tim Cook made in his interview, we can presume that the AR technology is here to stay and we will see a wide range of businesses adopting it in favor of their own productivity and user's utility.

This is it for now, folks. What are your thoughts on the subject? Share your views with us in the comments section below.