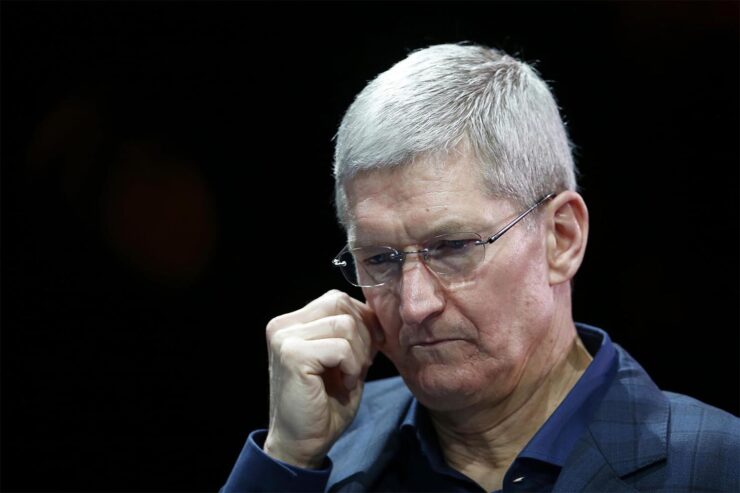 Apple has gradually excelled in hardware as well as software. It provides a huge platform for developers to pitch in their share of apps and much more. While the company is committed to providing users with a safe and sound user experience, Apple is battling criticism from other platforms such as Epic and Facebook. Apple stands firm on privacy and recommends that users do the same, In his latest interview with the New York Times' Kara Swisher on her podcast, Cook shares his insights on a wide range of topics. He also said that sideloading apps on your iPhone might "break" the privacy and security model of your iPhone.

Tim Cook Explains Why Sideloading Apps is Bad For Your iPhone

Apple is currently in a battle over privacy with Facebook. The new App Tracking Transparency feature from Apple will be part of the upcoming iOS 14.5 update. The feature will basically require apps to ask for user consent before tracking them and their data. The feature is not only oriented for apps but also the web which has lead Facebook to argue with Apple saying the move impacts personalized ads. In addition to this, Tim Cook also states that sideloading apps on iPhone will break the security and privacy model.

Other than this, Epic Games is also targeting Apple and its ecosystem saying that it does not provide users with the freedom to download apps from platforms other than the App Store. This also gave room to many people who ask Apple to allow sideloading apps on the iPhone or other devices. However, Tim Cool shared that sideloading apps would break the security and privacy model of your iPhone.

It's about living up to the rules and the guidelines of the ‌App Store‌, and they had done that for years and then had decided, evidently, that they didn't want to follow the rules anymore and had passed something throughout the review process, and then after it had been through app review, changed it on the server-side. So it was sort of a deceitful move. And so we're going into court. We're coming to tell our story. We're going to talk about the privacy and security aspects of the store. And we're confident in our case.

While sideloading apps on iPhone or other devices might sound appealing to some, it could be in the best interest of users. Since Apple focuses plenty on user privacy and security and it will do the work required to keep it safe. You can check out the entire interview from Tim Cook here.

What are your thoughts on the comments made by Tim Cook? Do you think Apple should allow sideloading apps on the iPhone or iPad? Let us know in the comments.