Smartphones feature security features ranging from fingerprint and iris scanners. Soon wearables will also start to possess these security elements thanks to the latest patent filed by Samsung, but guess what? It will use our veins to verify our identity. Sounds pretty cool right? 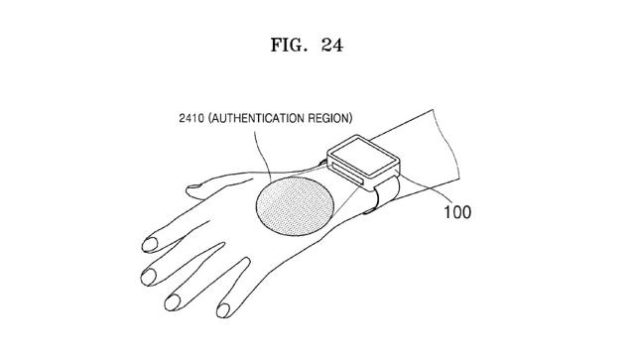 Latest Samsung Patent Might Be Present In Wearables, But There Are Other Ways Where This New Technology Can Be Used

Since the patent was filed not too long ago, you obviously cannot expect the technology to be present in products immediately. Regardless, let us explain the core functionalities of the latest patent filed by Samsung. The patent details involves a sensor that will take a picture of the user's vein structure and characteristics. After that, it will compare it to a vein image in its memory that it knows belongs to the user. Since our pulse rate also varies from person to person, the sensor will also be able to detect the identity through this approach, so if the tech is unable to identify the user through their veins, then the pulse rate will be the next contingency plan.

According to the image details, the camera sensor could be mounted on the edge of a smartwatch, meaning that one iteration of Samsung’s Galaxy Gear wearable might actually sport this feature. After the verification has been a successful one, it could display the following things: 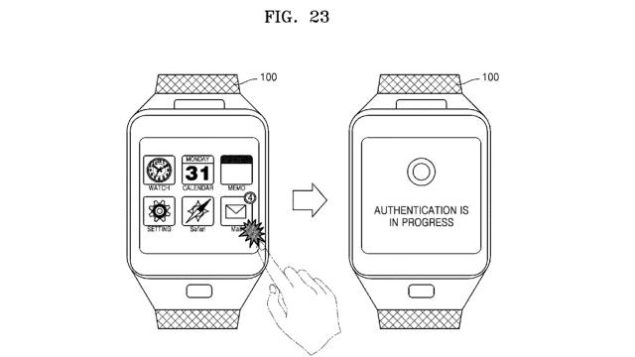 However, now that Samsung is so hell-bent in securing its wearables, it actually begs the question, has this technology been intended to be used for two or more people that will use the same wearable? It is possible, but wouldn’t that sound completely absurd. Which applications do we believe is where the sensor will shine the most? For starters, it could preserve the security of the owner’s home as well as their vehicles. Since several users share the same household and vehicle, this sensor actually makes sense to be present inside these applications.

When the identity has been successfully proven, the owner(s) of the vehicle and house will be enter the car or premise respectively. It is possible that Samsung might pitch its latest patent to several automobile manufacturers in the future, so we will keep you posted in the future. For now, you tell us which applications the company’s latest patent can be used for. Tell us your thoughts in the comments below.