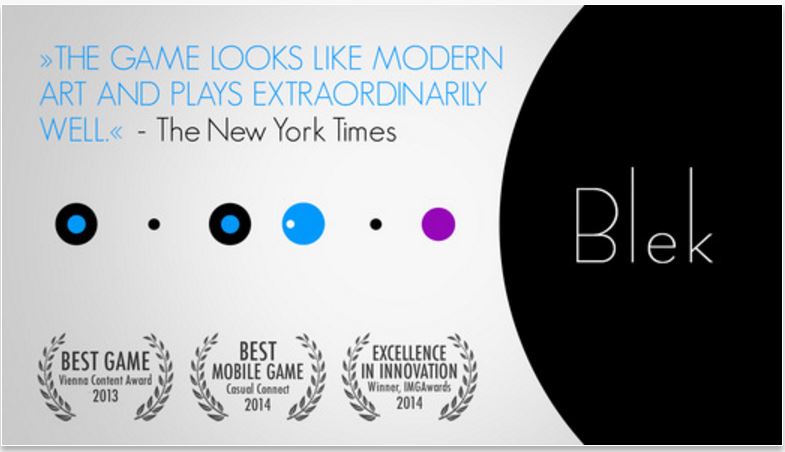 Every week on Thursday, Apple updates its free app of the week promotion with a new game or app. The said app is offered for free for a limited time. This week, the company has decided to free a game called Blek. Blek is an interesting game with minimalist controls and gameplay. The app is available for free this week, which means that you will be able to download it at no charge until next Thursday.

Blek Is Apple's Free App Of The Week

The critically acclaimed title is also an Apple Design Award winner and it is available for both iPhone and iPad. Normally, the app costs $3 and if you're willing to save some extra bucks, be sure to get it while the promotion lasts. About the game, there are no specific operations and controls to master it. This is what makes the game interesting and quite hooking to new users. 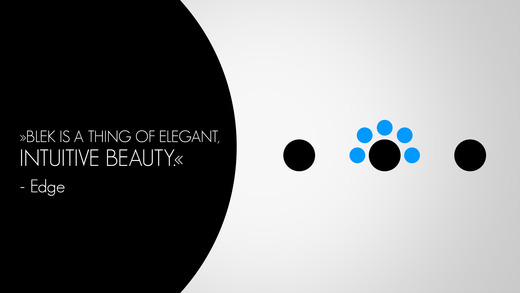 If you can doodle, you can play this one-of-a-kind Apple Design Award winner. Just draw a line—any line—and watch it spring to life across the screen, following your gestures to collect colored dots and avoid black holes. But as the holes form increasingly elaborate obstacles, only the most ingenious doodles will do. With endless solutions to every challenge, it’s a stylish, supremely satisfying test of your creativity and puzzle-solving prowess. 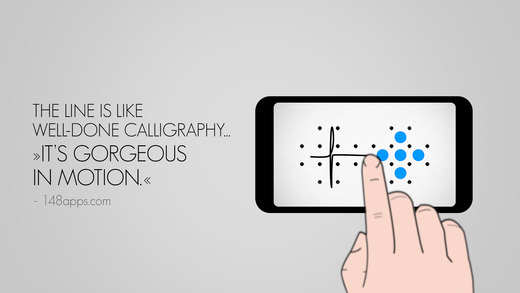 Blek's uniqueness revolves around personality and imagination. Everything you draw or change keeps moving. The objective of the game is simple. You have to doodle a line that collects all colored circles. While this looks easy as a pie, you also have to dodge or avoid the black holes that appear in its route. Moreover, you're not looking for a single solution to the problem. There are more than one solutions and it's your job to find the best one. While some solution can be easy and delightful to perform, others are fairly complicated and deep.

The visuals of the game carry a minimalist tone so as to not distract you from the core purpose of the game. Nonetheless, they are pretty sleek. So if you're interested, be sure to download Blek this week or the game return to its original price. If you're into problem solving games, we're sure you will like it very much. See the game in action below.

This is it for now folks. What are your thoughts on Apple's free app of the week promotion? Are you willing to  give Blek a go? Let us know in the comments.