The iPhone 7 is all set to lose the 3.5mm headphone jack if the buzz floating on the Interweb is to be believed. The reason behind this move is a simple one really: to make the iPhone 7 even more thinner than what it is currently. But how much thin can it get if Apple does remove the headphone jack from the iPhone 7? A new concept has surfaced online and it gives us a high quality look at things. 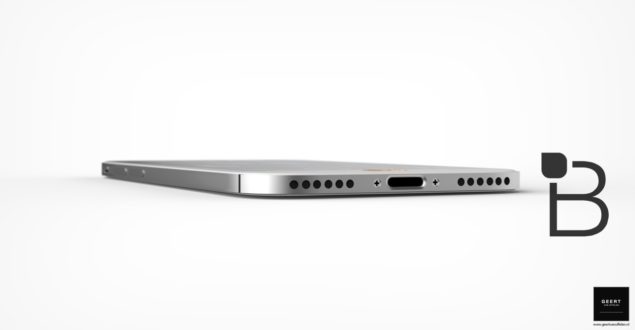 The iPhone 7 Is Going To Be Thin, And This Concept Shows How Much Thin It Can Get Without The Headphone Jack

While the design of the concept might not be something which Apple would reveal to the world at the end of this year, given that we have had no leaks of the iPhone 7 outlining the external design, nonetheless it's an interesting mockup to look at.

Take a look at the concept below and see for yourself the svelte design that might adorn our pockets later this year.

The designer has indeed done a marvelous job and gives us a good glimpse at how much thinner the iPhone can get if Apple chooses to go completely wireless this year. Furthermore, on the design front, the concept artist has opted with a minimal outlook without tossing in anything that may (or may not) look out of place.

At the front you get the usual display panel with thick bezels all around, signaling towards the fact that the designer played it safe without going overboard with the design. At the back, the smartphone seems to be covered with glass, taking us back to the iPhone 4 / 4s days of a complete glass front and back design.

The metal bands around the smartphone are flat, as opposed to the curved ones which Apple opted for with its iPhone 6 and 6s. And while we have finally the curved look of the iPhone 6s, but we still have to admit that things can get unnecessarily slippery at times in terms of usage, hence A+ to the designer for the flat sides. Take note, Apple!

It will be interesting to see how the world will react to the iPhone 7 announcement, given the smartphone does lose its 3.5mm headphone jack, since the mere rumor of it has created an uproar in the tech community, with petitions floating online to stop Cupertino from making such a move.

But if you look at things from a different angle, you have to admit that the 3.5mm headphone jack is an aging piece of tech and either needs to be replaced or shunned down for good. What do you think?