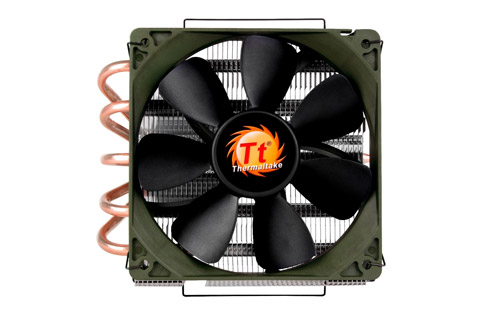 Thermaltake, being the industry pioneer brand with expertise in PC chassis, power supply and thermal solution, is launching the new reinvent CPU cooler – the “BigTyp Revo”, the COMPUTEX 2012 d&i award winner, an award recognises Thermaltake being the pacemaker of CPU cooler, which also made the debut during CeBIT 2012 this March, to users and gamers who favor the down draft rather than the tower cooler.

The New Down Draft Cooler on the Block

Thermaltake BigTyp Revo is the next substantial down draft CPU air cooler after the introduction of the Orb Series and the Typhoon Series that marked a brand-new new CPU cooler era for Thermaltake.

Thermaltake thermal design team has reinvented and optimised the essence of a CPU cooler using advanced technology with their expertise. The BigType Revo is equipped with five solid Æ 6mm heat-pipes that are directly in contact with the CPU which can conduct the heat more effectively, the curved designed aluminum fins which not only reduces the air blowing pressure it also maximizes the airflow, and the direct blowing design structure will reassures the CPU and motherboard surrounding components to stay intact. 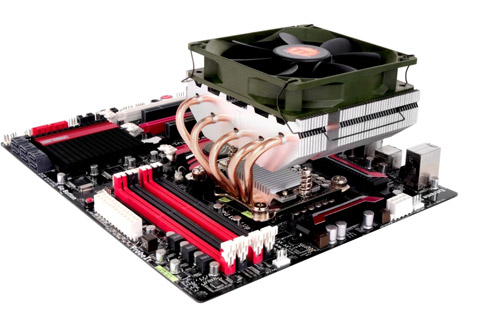 In order to provide the perfect user experience, the thermal design team has incorporated a powerful 12cm PWM fan that can automatic adjust the fan’s speed between 800 to 1800 RPM according to the temperatures of the CPU. Further, a military theme has also been incorporated to give BigTyp Revo a much more personalize touch to draw a closer experience to users’ game. Plus the universal multi-sockets system will support all Intel and AMD chipsets at users’ expediency.

BigTyp Revo is absolutely the new revolutionized air CPU cooler that could easily supports up to 160 watt of heat dissipation for users who favor the manageable down draft cooler over the cumbersome tower cooler! 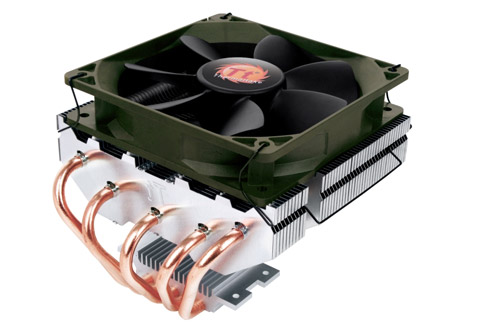 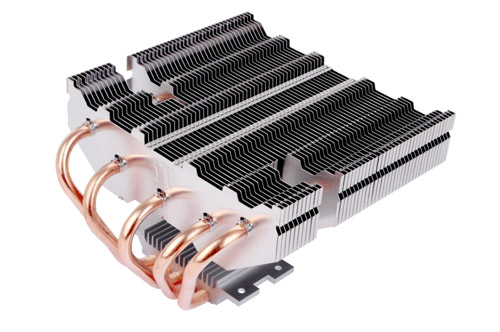