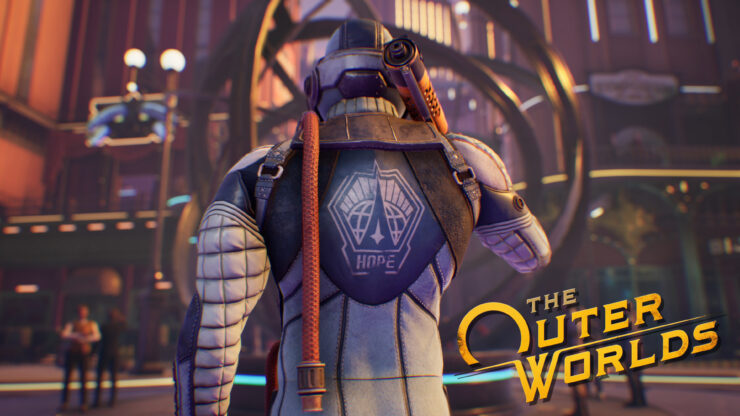 The Outer Worlds, the sci-fi action RPG by Obsidian Entertainment, got showcased at PAX East 2019 during a panel. There were about twenty minutes of brand new gameplay footage, after which the developers answered a few questions from attendees.

They mentioned mod support is something they'd really like to do, but it won't be available at launch as this is the first time using the Unreal Engine 4 for Obsidian. They also talked about the so-called 'Mandibular Rearranger', a melee weapon that doesn't deal a lot of damage but rearranges the facial attributes of the foes hit with it. This was originally a bug that has been kept into the game for its comedy factor.

The Outer Worlds is out later this year on PC (Epic Games Store and Microsoft Store, with Steam following after one year), PlayStation 4 and Xbox One. We don't know exactly when, but a leak suggested it may be on August 6th even though it hasn't been confirmed yet.

Lost in transit while on a colonist ship bound for the furthest edge of the galaxy, you awake decades later only to find yourself in the midst of a deep conspiracy threatening to destroy the Halcyon colony. As you explore the furthest reaches of space and encounter various factions, all vying for power, the character you decide to become will determine how this player-driven story unfolds. In the corporate equation for the colony, you are the unplanned variable.

The Outer Worlds Gets a Switch Launch Date, Physical Release Won’t Come With a Cartridge