The Order 1886 Dev: Uncharted 4 Is an Amazing Masterpiece, Every Little Detail is Masterfully Executed 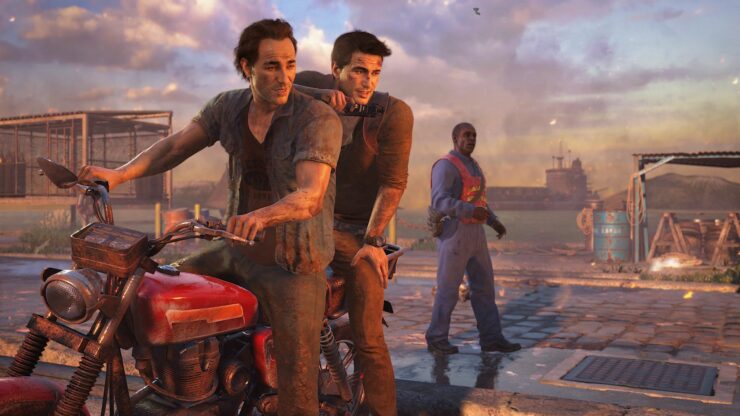 Uncharted 4 didn't just get praise from critics and gamers - the last chapter of Nathan Drake's adventures even got plenty of it from developers and industry professionals.

Now even Ready at Dawn's Founder and Chief Technical Officer (CTO) Andrea Pessino, who was often interviewed ahead of the release of The Order: 1886, got to play the game and he was mightily impressed.

Finally got time to play a few hours of Uncharted 4 - what an amazing masterpiece. As close to perfect as this kind of game ever got.

I was laughing my head off at the NPCs chatter in Italian at the Villa - every little detail is masterfully executed in Uncharted 4.

As a fellow Italian, I have to agree with Pessino on all accounts - including the part about the NPC chatter in the Italian level, which was very well done unlike most Italian chatter instances even in high-profile movies.

This is not surprising though, as Naughty Dog proved to be perfectionists and Uncharted 4 is clearly the pinnacle of their achievements so far alongside The Last of Us.

As for Ready at Dawn, just three days ago we've reported GameStop's announcement during their latest Earnings Call. The company, which is about to open a publishing division called GameTrust, confirmed that it will announce a game made by Ready at Dawn this week (just ahead of E3 2016).

This is likely to be a VR game developed in partnership with Oculus, since according to their career openings Ready at Dawn's AAA new IP is still in pre-production.

We are in the pre-production phase of an exciting new AAA third-person action console title, based on a brand new original IP we are creating. In addition, we are also in full production on a cutting edge VR experience, in partnership with Oculus. Our team is growing, so come join one of the preeminent independent video-game developers in the world.

Still, it will be interesting to see the direction taken by Ready at Dawn now that they aren't tied to Sony anymore.